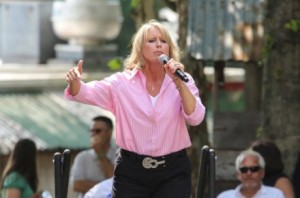 It’s been a colorful, fun-filled week for Second district congresswoman Renee Ellmers. She lost badly in an on-air tussle with nationally-syndicated conservative radio host Laura Ingraham. In retaliation, Renee hooked up with a pro-amnesty group to target Ms. Ingraham and her show.

On Saturday, it was county party convention time in North Carolina’s Second congressional district. We picked up reports of a pretty bizarre speech by Ellmers at the Lee County GOP convention that, upon its conclusion, left audience jaws dropped in bewilderment.  At the Moore County convention, Ellmers lost badly (2-to-1) in a straw poll of delegates to her under-funded, lesser-known primary challenger Frank Roche.  (I don’t believe Frank’s campaign treasury has cracked the five-figure mark.)

That’s not The Tea Party voting, mind you.  That was a vote by rank-and-file county GOP establishment. 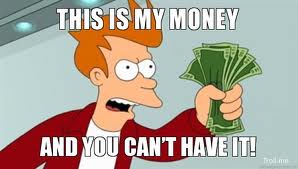 Polls tell us that ObamaCare and the economy are the two biggest concerns on the minds of voters this year.  So, Ellmers decides to aggressively cheerlead for “comprehensive immigration reform” (code name for AMNESTY).

Voters are looking for answers on our staggering national debt, the record unemployment, the stagnant economy, and the massive takeover of our health care system by the feds.  We are learning now that Ellmers is complementing her crusade for amnesty with a push for a National Women’s History Museum on the National Mall in DC.  Check out her op-ed from last week:

Throughout history, conservative women have impacted our nation’s future and become an important voice in our democratic republic. We have proven ourselves as pioneers, innovators, leaders and decision-makers. We have created and contributed to many aspects of history—be it agriculture, medicine, politics, philosophy, science, and art. We have touched countless lives and shaped history, yet rarely does society teach, recognize or display our contributions—and it is time for this to change. In an effort to change this, I have joined my colleagues in advocating to establish the National Women’s History Museum (NWHM) in Washington D.C.

Young women deserve a space to call their own—a physical space they can visit to hear and read about those who came before them and changed history. We need a tangible place that encourages our girls to wonder, to feel empowered, and to inquire about the people who fought to provide them with the freedom and opportunities they enjoy today. We need to share the stories of the strong women who have shaped our past and present so that young girls can learn the true meaning of perseverance and courage.

Wow.  She sounds like one of those femi-nazi professors who taught those Wimmen’s Lit classes I was made to take in college.  MORE:

There are too many women whose achievements have gone unrecognized and too many women whose efforts have been underappreciated. With such a vibrant history, it is a shame that we have yet to formally establish a museum dedicated to honoring their accomplishments. However, we are making strides.

We are already celebrating great conservative women like Nicole Revels, Sharon Hudson, Val Bubak, Sister Toldjah, Lady Liberty and Laura Ingraham on this site.  And we haven’t taken one stinking dime of government money for it!  MORE:

This past December, my friend Rep. Marsha Blackburn (R-Tenn.) sponsored legislation with Rep. Carolyn Maloney (D-N.Y.) to create a commission that would recommend site locations and funding for the NWHM. This bill would have no additional cost for taxpayers, as the commission would be entirely paid for without federal funds.

What? The bill recommends “site locations and funding”, but won’t cost the taxpayers anything?  We may get off the hook on this commission, but we are sure to get hit for the cost of this museum, if it ever passes Congress and sees the light of day.

Information gathered by the commission would then be relayed to both the president and Congress. This past December, Reps. Blackburn and Maloney testified before the House Committee on Administration to relay the importance of establishing this commission. Joan Wages, president and CEO of the National Women’s History Museum, an organiztion dedicated to establishment of the museum, also testified.  Yet, nearly four months later, there has been no movement on this bill. With more than 82 bipartisan co-sponsors in the House, 19 in the Senate, and a plethora of national women’s groups supporting the bill, there is no excuse for this inaction.

Yes, there is.  It’s not needed.  There’s no money to pay for it.  No one – -beyond YOU and a few of your friends and campaign donors — wants it.

As one of only 19 Republican women in the House of Representatives, I see firsthand how our underrepresentation can impact our future opportunities. But as we continue to increase our ranks, our daughters need an environment to learn about the conservative heroes who made this possible—women like Jeanette Rankin, Sandra Day O’Connor and Condoleezza Rice. These women have earned their place in history, and our girls should have every opportunity to study them and feel inspired by their contributions.

If there were a museum that honored and proudly displayed our history, perhaps more women would be encouraged to run for political office, to seek out top-tier leadership positions, or to launch a new business. By establishing the NWHM on the National Mall, the notion of conservative women holding office could become less of a rarity and more of the norm.

As Republican women, we must continue to demonstrate that conservative principles—like fiscal responsibility, individual liberty, and a strong defense—are values worth pursuing.

If fiscal responsibility is a value worth pursuing, WHY is she pushing for this museum?

We need to make women’s history a part of mainstream society. We need to have our story told, and we need to lead the way for other young conservative women. Let’s honor our mothers and daughters by providing them with a place to learn and feel inspired. Let’s establish the National Women’s History Museum in Washington, D.C.

Yes, my friends.  While you’re worrying about how you’re going to pay your employees, pay those taxes or other bills, or save for retirement, remember that Renee Ellmers is out there trying to put you on the hook for a museum.