Nick Picerno is a lot like EF Hutton in Moore County.  When the chairman of the county board of commissioners speaks, people sit up and listen.
What he had to tell me Tuesday night was less-than-flattering about state senator Jerry Tillman, state Rep. Jamie Boles, and state Rep. Allen McNeill:

”I swear, it is like we have no representation whatsoever in Raleigh.  It seems like every time things get a little tough up there, Moore County ends up on the losin 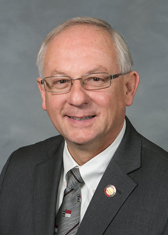 g end.  It doesn’t appear we have anyone willing to stand up and fight for our interests in the legislature, and I — and a lot of other people around here — are sick of it.  We’re sick of always coming up on the short end.”

The major source of Picerno’s ire appears to have been the sales-tax redistribution piece of the state budget compromise.  Here’s what he had to say in an email today to the three legislators:

Gentlemen,
I want to thank you for your hard work on crafting a budget that should serve NC well. However, the sales tax compromise (as I understand it) punishes Moore County by sending the revenue generated by a 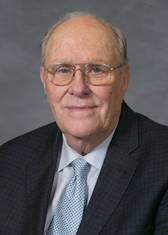 broadened sales tax base, and distributes this to 79 counties as designated by your law. Noted in this is a generous increase to Randolph county sales tax revenues.

As the chair of the Board of Commissioners here in Moore County I feel obligated to ask when will this end. It’s just another example of how the perceived wealth of our county is continued to be a basis for our citizens to be punished for the benefit of those counties who seem to be better represented in the general assembly. If I have read the tax law incorrectly I welcome your response in helping me understand it fully. […]

As of this writing, Rep. McNeill was the only one of the three to respond to Picerno: 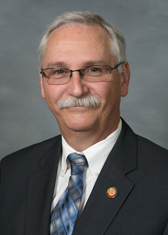 The original bill as presented by Sen. Brown eventually was brought down to a 50/50 with 50 per capita and 50 point of sale. Under that Moore County would have lost around 600,000 in revenue. The compromise took the 50/50 formula and applied it only to the expanded sales tax base. Under that Moore County loses no current revenue but does lose what it gathers of the expanded money. I saw your reference to Randolph. I assure you that this occurred simply because the original 50/50 formula was used. No percentages were changed for any county. I was in a predicament over this bill because I represent two counties, one that won, and one that lost. As a separate bill I probably would not have supported it, but it was part of the larger budget.

Here is Picerno’s reply to McNeill:

Thank you Allen for responding but the result is like you state. Moore county loses to the benefit of 79 other counties with Randolph getting a 15% increase. I’m very disappointed and am wondering how a Republican majority can perpetuate a Democrat philosophy of wealth redistribution. We already suffer under tier system and are facing a huge education capital construction need. What do you suggest I tell the people of Moore County?
Again with all due respect.
Nick

Picerno told me the legislative trio needs to wake up and smell the proverbial coffee:

”Our chamber likes to tell people to shop locally to keep the money here.  But under this budget deal, that is not the case. Money spent here is being shipped off to 79 other places.

Two of our folks in Raleigh represent Moore County and Randolph County.  It looks like they took care of their home county, but forgot about us.  The third one lives here.  So, I don’t know what his excuse was.

These three can keep ignoring Moore County at their own political peril.  All three of them, right now, stand a real good chance of a strong primary challenge from Moore County.”

Here is an analysis from the North Carolina Association of County Commissioners showing Moore County getting a big fat ZERO PERCENT from the budget compromise’s increased sales tax base, while neighboring Randolph County gets a whopping FIFTEEN PERCENT increase.  Every other county surrounding Moore gained from the sales-tax redistribution piece of the budget compromise.