If ONLY some of these honorables would go to the mat for us as hard as they do for their cronies and bundlers.  The word on the street — Jones Street, specifically — that state rep. Jason Saine (R-Tom James Co.) has sneaked (snucked? sneakered? snookered?) a provision restoring solar subsidies into a FARM BILL moving through the House today.

Here’s the documentation to give you an idea of WHO in each chamber is guiding this shenanigan:

You are hereby notified that the House Committee on Finance will meet  as follows:

The following bills will be considered: 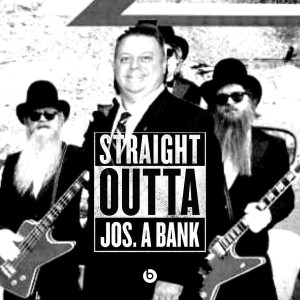 The folks at AFP are NOT AMUSED:

From: Donald Bryson <DBryson@afphq.org>
Subject: Farm Bill – “energy study”
Date: September 23, 2015 10:30:40 AM EDT
Members of the NC House Finance Committee:
I hope this email finds you well, as the weather is cooling off and autumn moves into North Carolina.
Today, at 2pm, you will consider Senate Bill 513 – North Carolina Farm Act of 2015. Yesterday, in the House Rules Committee and study provision was added to “ESTABLISH THE RENEWABLE ENERGY ECONOMIC DEVELOPMENT STUDY COMMITTEE TO STUDY RENEWABLE ENERGY POLICIES IN NORTH CAROLINA.”
To speak candidly, this is a bad study. It is specifically slanted to conclude with a finding that refundable tax credits and mandates for buying green energy will spur economic development. From the parameters to the study, to who is designated for the committee, this study is built to reach one conclusion.  And with 27 lobbyists at the General Assembly representing one solar energy company or another, it’s no surprise that this was snuck in.

I’m urging you to either defeat the bill outright or strip this study provision. If there is to be a study then I submit that it should be:
a)      Conducted by the Energy Policy Council;
b)      Conducted to study the energy grid in such a way that conclusions are reached to find what is least-cost for ratepayers; and
c)      Model language for a reasoned study can be found in House Bill 681 (Part VII; pg. 5).
A study that is set up to find one conclusion is not a true study.  A “stakeholder study” that does not include ratepayers is a study missing the biggest stakeholder of all.
Furthermore, Department of Environmental Quality (DEQ; formerly DENR) published a report in March of this year. That report show an adverse economic impact due to  North Carolina’s renewable energy investments.
That report says:

·         “North Carolina remains the only state in the Southeast to have enacted a REPS. As a result of this geographic isolation, long term energy prices may adversely impact economic growth and challenge recent improvements in employment in North Carolina.” (page 3) 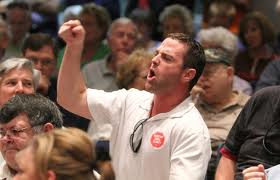 ·         A La Capra study noted, “At higher rate impact levels, the job losses from higher total cost of electricity across the state may exceed the jobs gained through renewables development.” (page 15)

·         Although residential customers in North  Carolina pay less than the South Atlantic and national average for electricity, (6 percent and 12 percent lower, respectively), their rates have increased 20 percent since 2008 to 11.4 cents per kWh (July 2014). During this same period, the average residential electric rates in the South Atlantic and the U.S. rose 14 percent and 15 percent, respectively. The cost of energy efficiency, demand side management and renewable energy programs are passed onto the customer in the form of a rider and account for about 2 percent to 4 percent of average monthly power bill served by investor owned utilities. (page 26)

Thank you for your time and consideration.

I swear. You can’t take your eyes off these people for 30 seconds. Some good news? Sources tell me this legislation was in trouble before this sneakiness was perpetrated.  Things should get interesting over there on Jones Street.