There is a lot of anger and resentment bubbling out there as a result of the heavy-handedness at Saturday’s NCGOP meetings. Most reasonable observers see it putting the party in a precarious position just months before a big election.

So, Dallas Woodhouse – incredibly — still has a job. David Lewis is STILL representing North Carolina Republicans with the national Republican Party.   We gave it a shot, and the machine shot it all down.  What’s next?

Do you sit on your hands and let the Democrats take over? Or do you try and take the GOP back?

March 15th offers a great chance to teach the Raleigh clique a lesson.  They don’t care about advancing ideas or improving the quality of life.  It’s about protecting their friends, holding sway over us, and making money from those two scenarios.

Knocking their key people out of power is a great way to derail their ambitions.  I know, it’s going to be tough.  They have all of the money and the name ID and the bribes / pork to hand out.  And they have the advantage of all of those low-info voters who show up to mark the ballot for that guy or gal who smiled at them in the supermarket or had that flashy ad that ran during ”Wheel of Fortune.”

Between now and March, we’re going to ID some races we think can make a difference in setting the Raleigh cartel’s ambitions back. It’s going to be up to all of us – -if we care about our state, our party, and our country — to educate ourselves and our neighbors on the issues, and to help out these political underdogs in the primaries.  Affiliated with a sizable group in their jurisdiction?  Get the candidate so speak to the group.  Write them a check.  Get your family and friends to write a check.  Put out signs. Walk neighborhoods for these folks. It’s going to take some work.

NC House District 20:  Republican Rick Catlin is retiring from this Wilmington area district.  It is a GOP-leaning district with no Democrat candidate so the winner on March 15th will get a two year stay in Raleigh.  Republicans Tammy Covil and Holly Grange are duking it out in the primary.  Covil has made a name for herself on the New Hanover County Board of Education. She is a staunch foe of Common Core and has been leading the fight against it statewide.  Grange has been an appointee within the McCrory administration.  She and her husband own a business that has been caught up in the whole Benghazi scandal.  A win by Covil here would certainly cause some gnashing of teeth within Raleigh’s GOPe circles.  Look T

ammy Covil up.  Do what you can to help her out.

NC House District 36:  This Cary-centered seat is currently held by the notorious Nelson Dollar.  Dollar, who came into the House as a staunch conservative, has become a strong ally of Tim Moore, David Lewis, and all that has been wrong with the House this session.   Businessman Mark Villee is making a spirited challenge for the seat.  He’s already put out some hard-hitting ads that have Wake County voters taking notice.   Look him up.  Get to know Mark.  Do what you can to help him out.

NC House District 53:   This Harnett County-based district should hold special interest for conservatives.  It is currently held by David Lewis — the 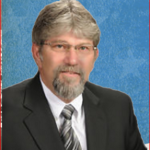 man at the center of so much of this weekend’s acrimony.  He’s the subject of ethics complaints as well as embarrassing news stories alleging pay-to-play tactics.  Lewis was the only Republican in the House to vote FOR ObamaCare. He was in the middle of efforts that led to the watering down of voter ID.   Lewis has quite the ethical stink about him. It’s awfully hard to attack the Democrats on ethics when he is loitering around, occupying a senior position in the House.   Former Harnett County Board of Education chairman Chuck Levorse (R) has stepped forward to challenge Lewis’s renomination in March.  Get to know Chuck.  Do what you can to help him out. Sending Levorse to Raleigh wo 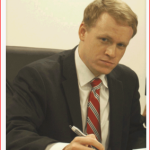 uld send a huge signal to the cartel.

NC House District 87:  This Caldwell County-based district was held for some time by former House majority leader Edgar Starnes.  Starnes left for bigger and better things, and George Robinson was appointed to replace him.  Robinson has, to say the least, been a disappointment.  He’s been little more than a sock puppet for Tim Moore, David Lewis and Nelson Dollar.  Team Moore has been running around raising money for Robinson and trying to prop him up — even though he is an appointee who has yet to win an election.  Attorney Destin Hall (R) of Caldwell County has launched a spirited challenge to Robinson’s renomination. The much younger Hall brings a lot of energy and wants to add an outsider’s perspective to the lower chamber on Jones Street.  Get to know Destin.  Do what you can to help him out.

Well, that’s plenty to get started with.  if you don’t live in any of these jurisdictions, get the word out to any friends and family who may live there.  if you want to save the GOP, this is the path to accomplish it.  Stay tuned.  We’ll have more for you soon.

9 thoughts on “The next chapter”