District 44 has always been interesting.  Rick Glazier, a real powerhouse for Cumberland Democrats, has had some tight races here.  (He knocked off incumbent Alex Warner, a rather conservative Democrat, in 2002.)

Glazier retired from the House after winning his 2014 race to go work with Blinkin’ Chris and the gang.  Local Democrats dug into their closets and hauled out a dinosaur by the name of Billy Richardson to fill out the rest of Glazier’s unexpired term. Richardson had served in the House previously, but “retired” in 1996 after a real scare from Republican Mia Morris..

Instead of getting behind an established candidate with a track record of running respectably in the district, the Raleigh cartel appears to be slithering into the race behind Fayetteville city councilman Jim Arp:

Jim Arp, a Republican member of the Fayetteville City Council, says his experience in public service would make him a good fit in Raleigh.

Arp, a 54-year-old retired Army lieutenant colonel, does defense contract work. He has served on the council since December 2010, and he was unopposed for re-election this year in District 9.

“I think this is an opportunity for me to serve Fayetteville in the General Assembly, where things that really impact us the most occur,” Arp said Thursday. “I can work with the leadership teams up there and help do great things for our community.” 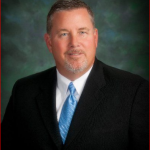 On Wednesday, Arp picked up the political endorsements of Meredith and two other Republicans: Fayetteville Mayor Nat Robertson and state Rep. John Szoka of Cumberland County.

[…] The district includes Massey Hill and neighborhoods near Fayetteville Regional Airport to the south. The Cape Fear River marks the district’s eastern boundary, which stretches north along N.C. 87 and Bragg Boulevard and westward toward Seventy-First High School.

Charles Jeter, the chairman of the Republican Conference for the state House, said Arp’s views are more consistent with the voters of District 44 in Cumberland County than with Richardson’s record.

“We think Jim is an excellent candidate who comes from a military background and has great experience from his time on the Fayetteville City Council,” said Jeter, a state representative from Mecklenburg County. “He would be a tremendous asset.”

O-Kay.  Arp is endorsed by solar goons John Szoka and Charles “Big Boy” Jeter.  (Did you know Jeter has a DEMOCRAT lobbyist and campaign consultant working out of his personal business offices in Mecklenburg County?)

Button appears to be running as a solid constitutional conservative.   Arp’s campaign will get the cash and other benefits from the Raleigh cartel.  They clearly want to make sure they have one more “soldier” in their camp.   Check out Button.  Learn all you can.  If it feels right, do all you can to help him.

After Saturday’s events at the NCGOP meeting, do we really need to have ONE MORE “soldier” standing with Jason Saine, David Lewis, Nelson Dollar, and Tim Moore?

9 thoughts on “#ncga: A conservative choice in Cumberland County’s District 44”