We’ve got a four-candidate primary race coming up on March 15th for the GOP nomination for US Senate. But, in some quarters, we’re being led to believe all we have is one incumbent unopposed for reelection.  Check this out from our friends at the Moore County GOP: 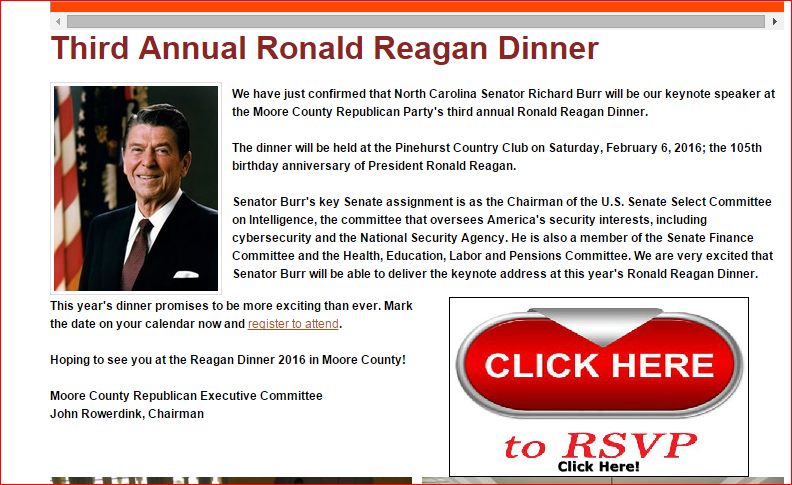 So, they’re giving prime, exclusive billing to ONE of FOUR candidates in the upcoming primary.  Larry Holmquist, Greg Brannon and Paul Wright have also filed for this race as Republicans.  I don’t see any mention of them. Will they be given a chance to speak to the crowd in this — one of the state’s most yellow-dog Republican counties?

The parties are supposed to be about promoting their platforms and highlighting ALL of their candidates. You may think someone is the runaway favorite.  That the other three don’t stand a chance.  Every so often, those kind of assumptions get turned on their head.

Party organizations need to showcase ALL of the candidates who will be on the primary ballots.  Let the voters decide which way they want to go.  Stuff like this is deceptive, dishonest and just plain wrong.

26 thoughts on “#NCSEN: Moore County GOPe ALL IN for Richard Burr”