We’ve been documenting the fight over crony capitalism for solar farms within the NCGOP.  We’ve got folks who think tax breaks and subsidies for solar panels is a more important fight than, oh, the size and scope of government, taxes, the economy.  *Minor stuff like that.* 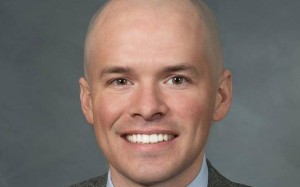 Charlotte gazillionaire Jay Faison is hard at work trying to replace the GOP’s elephant mascot with that of a solar panel.  He’s loaded up his allies with cash, and aggressively funded primary challengers across the state to legislators who don’t see things his way on crony capitalism for solar panels. Faison recently got caught trying to find a primary opponent for House majority leader Mike Hager — a leading Jones Street foe of subsidies for the solar crowd.

State Rep. Justin Burr used to be part of the in-crowd.  Now, he apparently isn’t.  He’s done some hinky things with his campaign funds, but nothing on the scale of what solar whore and Lewis / Moore fanboy Jason Saine perpetrated.

The GOPe has poked and prodded and toyed with young Justin the whole session.  Young Mr. Burr turned the tables on them by publicly calling out Speaker Tim Moore and his henchmen on ethical issues.

This is not about ethics.  It’s not about issues.  The Mafia’s business plan is at work. Make money by shaking down hard-working people whose “guns” aren’t as big as yours. On this whole solar thing, a lot of cash is being passed out with the hopes of further opening the taxpayer-funded money spigot.  *If that cash has to be used to, um, unemploy a few folks who stand in the way of this corrupt agenda, SO BE IT.*

The solar cartel and their lapdog politicians have pushed through legislation that guarantees we (1) will be paying a lot more for electricity, which will (2) in turn pad THEIR pockets and fund their ambitions.