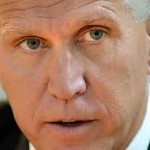 I’m on several politically-flavored email lists, where political junkies bat around the issues and the inside scoop on elections. Participants include former and current elected officials, business leaders, current and former paid (and unpaid) political operatives, as well as current and former members of the news media.

One group circulated THIS PIECE I wrote on the issue of amnesty and the 2014 US Senate primary.  It provoked an interesting email response from Ivan Mothershead (yes, that’s his real name), a former Republican state House member from Mecklenburg County:

I simply don’t know what to say.  Vote for Greg because he doesn’t like Mexicans?  Remind me what Greg or the preacher know about ANY legislation?  Did they teach politics at Medical school or Divinity school?  What offices again has Greg or the preacher ever held?  Do they know ANYTHING about the Senate?

I am sure they are a nice guys.  We don’t need “on the job” training.  We need a Senator ready to go when he gets to DC.  That is Thom.

I can assure you Thom is a hell of a lot more conservative than Burr.  That’s not saying a lot.  Thom is a worker.  He, by himself, has changed the entire political landscape of  NC.  For his work he get a challenge from a preacher and a doctor?

This IS a joke right?

You would NOT have a Republican House or Senate without the work of Thom Tillis.  Where was Greg or the preacher four years ago while Thom was driving up and down the state building this party?

You guys be sure to return that money you get because Tillis and HIS House members reduced your income taxes OK?

I am sorry, you people should be embarrassed.  We need a team, not a bunch of egos.

Get on the team. Tillis is going to win.

Have a nice day, get off my lawn.