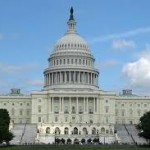 John Boehner, Eric Cantor, Paul Ryan and the rest of the House GOP leadership have pretty much stomped out the last vestiges of the GOP’s claim to being the party of smaller government.  A bi-partisan group, 332-94 approved the spending “compromise” hammered out and announced the other day by the Budget Committee chairmen of each chamber — Sen. Patty Murray (D-Wash) and Rep. Paul Ryan (R-Wisc.).

Analysis of the Ryan/Murray Spending Package

–It boosts spending right now, a total of $71 billion over the next two years—$63 billion in new discretionary spending, and $8 billion for a 3-month extension of the doc fix.

–The deficit increases under the Ryan/Murray plan for at least the next 3 years.  Net deficit reduction would not begin until FY2017, after President Obama leaves office.

–Under the Ryan/Murray package, claimed savings during the BCA period come predominately from fee/revenue increases rather than lower spending.  So, it doesn’t reduce government, but rather enables a larger government.

–About half of the $85 billion in “savings” in Ryan/Murray are achieved in 2022-2023, after the BCA period ends.  Most of those savings are from the continuation of policies not included in the baseline, so are the result of baseline games rather than genuine reforms of bankrupt entitlements.

–The Ryan/Murray package raids certain Federal trust funds, employing policies that should be used for fixing programs and possible deficit reduction instead for higher spending, like federal retirement contributions changes.

–It wipes out the need for a budget resolution in 2015, allowing Senate Democrats to again avoid taking hard votes on budget issues on the Senate floor.  And, with all the reserve funds included in the Ryan/Murray package, it allows Harry Reid and Senate Democrats the chance to duck votes on Budget Act points of order against specific bills.

I am sure you are all wondering how our folks here in The Carolinas voted.  On the NO side for North Carolina were:  Jones, Meadows, McIntyre,Watt, and Holding.  Everyone else was a YES.

On the NO side for South Carolina were: Duncan, Sanford, Mulvaney, and Gowdy. All others were YES votes.

Don’t let any of these people from DC fool you into thinking this was a pathway to shrinking the government and getting our debt under control.  Remember the sequester?  It’s now GONE.  Remember Gramm-Rudman-Hollings?  Pretty much GONE. They’ll promise results 6-10 years down the road, then change the rules after they’ve lulled you to sleep or distracted you with some other shiny object (or government check).

Murray-Ryan was little more than a PR move to protect congressional incumbents.  It quiets things down until after the 2014 elections, but still keeps on that course for economic disaster.