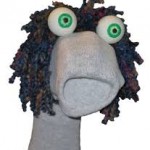 The elites in government, media and academia are finally coming around to what we’ve known about ObamaCare for years now:

Corporate financial chiefs say they expect to reduce hiring and also move more jobs to part-time status as a result of the Affordable Care Act, according to a new survey from Duke University and CFO Magazine.

Many companies also are considering a reduction in health care benefits for employees.

“The results were startling to us. This will significantly impact employment,” said Campbell Harvey, a professor of finance at Duke’s Fuqua School of Business. “I think the people who drafted the bill probably never anticipated such a negative effect on employment, especially in a time when we really need employment growth.”

Almost half of the 500 companies surveyed are “reluctant” to hire full-time employees, the survey found, and one in 10 may lay off current employees in response to the law.

Some people could see their hours cut below 30 hours a week because the Affordable Care Act requires companies with 50 or more employees to provide health insurance to those working 30 hours or more a week or pay a penalty.

More than 40 percent of CFOs surveyed say their companies will consider switching some full-time jobs to part-time jobs in 2014.

“For the employee, often what that means is you have to get a second job, or you just take a hit in the amount of money you make. So, it is quite disruptive,” Harvey said.

Fallout also will hit benefits at many companies, with 44 percent of the CFOs surveyed saying they will consider reducing benefits.

Harvey said it boils down to companies trying to cut costs related to the health care law.

“For any policy, there are benefits and there are costs, and this is a cost that we simply need to be aware of,” he said.

While the Obama administration struggles to get the HealthCare.gov website running effectively after a botched start, employers are already reacting to how changes in the law are affecting their bottom line.

U.S. unemployment just last month fell to 7 percent – the lowest in five years – but Duke and CFO magazine project only a 1.4 percent increase in hiring in 2014, which they said is unlikely to make a dent in the jobless rate.

“The inadequacies of the ACA website have grabbed a lot of attention, even though many of those issues have been or can be fixed,” said John Graham, a finance professor at Duke who also is the director of the survey. “Our survey points to a more detrimental and potentially long-lasting problem. An unintended consequence of the Affordable Care Act will be a reduction in full-time employment growth in the United States.” […]

Forbes pointed out recently that North Carolina is expected to be hit hardest by O-Care.   But that hasn’t stopped our dingbat sock-puppet junior senator from saying she’d gladly vote for it again.