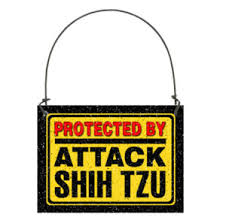 John Frank — N&O executive editor John Drescher’s attack shih-tzu — is apparently lobbying for a full-time gig in the lap of his master.  The boy wonder put together quite a hit piece on  Greg Brannon — the Tea Party’s favorite in the US Senate GOP primary:

All GOP candidates – including the more prominent challengers, Thom Tillis and Mark Harris – are within the margin of Hagan. But the idea that Brannon may have the “best” chance of beating Hagan is intriguing, especially given the unanswered questions hanging over his plagiarism controversy.

Let’s see — taking a principled stand on defending the verbiage of The Constitution vs. sex with lobbyists / pay-to-play / weakness on immigration and the environment / political ties to Richard Morgan & Jim Black vs being the 60th vote for ObamaCare.  Now, which one of those three paths am I going to stake my future — and that of my state and my country — on?

It’s amazing that Frank is even printing Greg Brannon’s name.  Frank and the rest of the newsroom crew went months without mentioning Brannon’s name — even though he was the first candidate out of the gate.

That lede surely earned Frank a few “good boy” ‘s and pats on the head from Master Drescher.  But, wait.  It gets worse:

The question is whether his support will last as his views become more well known. In an interview last week, Brannon told Dome that he believed the federal government has only two roles: protect free trade and provide national defense. It should do nothing else; the rest is for the states. His position fits with tea party credo but how it plays with mainstream Republicans and then independents (if he gets to the general election) is unclear. Plenty of questions remain. In a speech, Brannon also suggested a change in the hearts and minds of the American people led to the end of slavery and made no mention of the Civil War. His views are sure to get more attention in coming weeks and the poll numbers may change as a result.

Ah, the old Confederacy slander ploy.  Frank tried a similar ploy against Pat McCrory during the 2012 campaign — for “daring” to have a meeting in a restaurant that had a Rebel flag on display. It didn’t work too well on ol’ Pat.  You would have thought the shih-tzu would have learned his lesson.  But, sadly, NO.

What slavery has to do with 2013 America is beyond me. (It’s interesting that a reporter for a newspaper founded by a Klan sympathizer that also played a leading role in inciting the racial violence in Wilmington in 1898  is raising questions about someone else’s views on race. But I digress.)   MORE:

But for now, the Democratic Party sounds downright gleeful that Brannon is getting so much attention, calling him a fringe candidate. “The Republican field has been spoiling for a fight for months, and more and more it looks like they’re going to have one with each other,” said Ben Ray, a Democratic Party spokesman.

I’ve met little John.  He’s expressed frustration to me about the Brannon camp not returning his calls.  I don’t think stuff like this is going to help warm Team Brannon up to him.