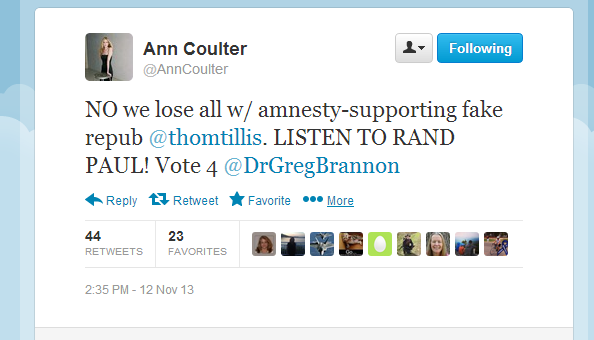 I know.  I know.  Ann was awfully impressed with Mitt Romney and Chris Christie in 2012.  But let’s take a look at some other sources, shall we? 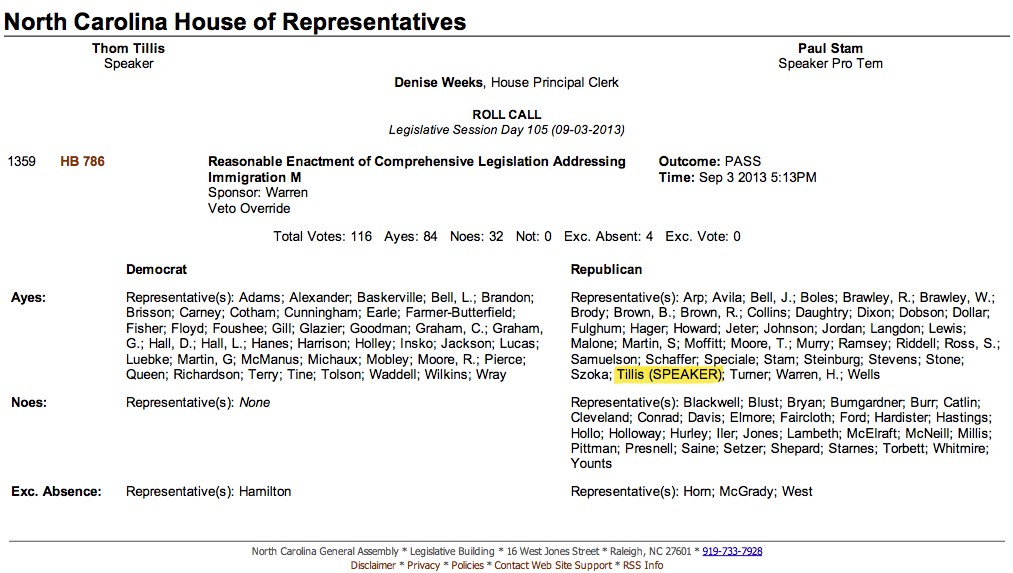 Ok. So, what was HB 786 all about?  It was one of the two bills that Gov. Pat vetoed at the end of the last legislative session.  Here’s what the Guv had to say about it:

“This legislation has a loophole that would allow businesses to exempt a higher percentage of their employees from proving they are legal U.S. citizens or residents,” Governor McCrory said. “Every job an illegal immigrant takes is one less job available for a legal North Carolina citizen. We must do everything we can to help protect jobs for North Carolinians first and foremost.”

Under current law, seasonal workers are given an exemption from E-Verify screening. E-Verify is designed to determine an employee’s or applicant’s legal status.  The legislation sent to Governor McCrory expanded the definition of a seasonal worker from 90 days to nearly nine months.

Governor McCrory said increasing the 90-day exemption would also open the “seasonal” exemption to many industries other than agriculture.

“This bill would make it easier to hire illegal immigrants” Governor McCrory said. “My job is to enforce state and federal law and to uphold the U.S. Constitution and I will use every tool necessary to do that and protect North Carolina jobs.”

Governor McCrory recommended the entire bill be studied including the definition of a seasonal worker.  No funds were provided to conduct the study – a fiscally irresponsible approach.

However, the bill’s negative impact on legal North Carolina workers is the prime reason Governor McCrory said he vetoed the bill. [..]

As you can see, Speaker Tillis stepped out and voted on this matter — even though he didn’t have to.  (I also see that Moore County legislator Jamie Boles (R) voted for it. Allen McNeill, a Republican representing Randolph and parts of Moore, DID NOT.)

The pro-amnesty crowd was ecstatic about this bill’s success in the North Carolina House.  Republican legislator Nathan Ramsey defended the bill as a “law enforcement and public safety” bill.