Renee Ellmers is running to and fro trying to convince low-information voters across the Second District that she has been a valiant warrior princess against ObamaCare.  This week, she was in Apex to “renew the conversation on ObamaCare.”:

A few asked the congresswoman what progress Republicans in Washington D.C. have made towards lowering the costs associated with health care and insurance.

“I can’t tell you that that’s happened yet, because all we are seeing right now is the cost of health care going up,” she told the group.

“Unfortunately, as far as the ACA, much of the progress we’ve made is really on messaging and having the conversation – actually hearing about the results of the ACA,” she said later in an interview.

“What I will say is it is always difficult to pass any changes because many of the individuals behind it are still in Washington,” Ellmers said. “But we have an alternative to the ACA. If we are able to repeal it, we will have a plan for the people that will bring down cost and increase choice.”

The passage of the ACA was a major reason Ellmers, a former nurse, ran for office. She supports a full repeal.

She believes that once Obama leaves office, a Republican president would repeal the law. However, she didn’t say which candidates in the crowded GOP field would be best for the job.[…]

Weren’t we told pre-2014 a Republican Senate would get us the change we needed?

Actually, it takes a lot of principle and hard work to change things in Washington.  Ronald Reagan got his tax cuts pushed through the Congress with a Democrat-controlled House and a less-than-60-vote Republican majority in the Senate.  The GOP had two pieces of the puzzle then.  They have TWO now.  What’s the difference?  The character, the principle, and the overall ethic of Reagan.  He had a mandate from the 1980 election to make sweeping changes.  These current Republicans got mandates too — 2010, 2012 and 2014.  Yet, they have done nade.

Ellmers’s Twitter feeds and web sites would make one think she has been fighting ObamaCare tooth-and-nail.  Yet, we have commentary like this to the drive-by media.   We also have this video of a town hall meeting in Pinehurst where she spent roughly three hours poo-pooing efforts by Ted Cruz and Mark Meadows to defund ObamaCare via a continuing resolution.

Watch the linked video. Read the linked articles.  The next time you see Ellmers ask her if she thinks you’re stupid.  (As arrogant as she is, she may actually admit she does.) Career politicians don’t like relinquishing control of our wallets or our lives.  Once they get control of an aspect of either, there is no turning back. 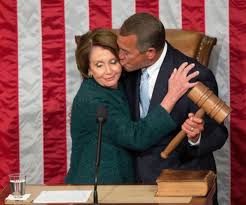 They also love bogeymen to scare us with each election year.  Look at what the Democrats have done to the Lumbee Indians.  Every election year they scare those people into believing the Republicans will forever kill their hopes of federal recognition.  Yet, look at how many Democrat presidents and Congresses we’ve had — where not a thing has been done to honor promises to 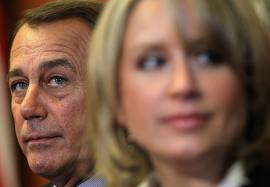 What the DC crowd is doing with ObamaCare is not that different from what’s been done with the Lumbees.  *”You need us to fight against Obama and his ObamaCare”.*   You agree, and pull the lever for them.  Then, you hear not another damn word about it for two to four years.

Renee Ellmers is a lapdog for John Boehner and Kevin McCarthy and the rest of the House leadership. She will do exactly as she is told BY THEM.  They have made it clear they are not interested in doing anything about amnesty or ObamaCare or Planned Parenthood or any of our other dire problems.  And neither is Renee Ellmers.