They’re having a hard time finding someone to step up to the plate and challenge North Carolina’s senior US senator, but that hasn’t affected national Democrats’ attitude about North Carolina in 2016:

Democrats are bullish about their chances to knock off Sen. Richard Burr (R-N.C.) in 2016, believing that turnout in the swing-state in a presidential election year will boost them to victory over an incumbent they say has never been tested.

In a memo that will be released Monday, the Democratic Senatorial Campaign Committee (DSCC) outlines its path to victory in the Tar Heel State.
“Over the past several election cycles, North Carolina has become a fiercely competitive battleground state that neither party can take for granted,” the memo, first obtained by The Hill, states. “Richard Burr is not well-known or well-liked, and given the expected makeup of the 2016 electorate, all signs point to a difficult road ahead for this longtime-incumbent.”

The DSCC points to the see-saw nature of recent elections in the state, arguing that the balance of power is ready to tilt back in their favor.

Hmmm. Sounds like they are trying to publicly convince a reluctant candidate to take the electoral plunge.  MORE: 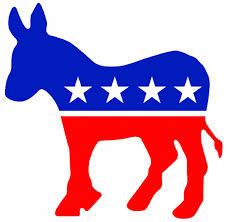 But the DSCC argues that Republicans don’t have the deep support their strong 2012 showing might indicate, arguing in the memo that Democratic House candidates received more overall votes than Republican House candidates in the state that year. They say the GOP gains that year were primarily due to gerrymandering.[…]

In a presidential election year, turnout could favor Democrats, making North Carolina a prime pick-up opportunity for the party. A victory there would go a long way to helping them reclaim a majority in the upper chamber.

However, Burr has yet to attract a Democratic challenger. Hagan was viewed by many as the strongest potential candidate, but she has said she won’t run again.

Transportation Secretary Anthony Foxx, University of North Carolina President Tom Ross, and former Rep. Heath Shuler are among the Democrats believed to be eyeing the seat.

According to a recent survey from the Democratic firm Public Policy Polling, Burr has healthy leads over all those potential challengers, with Shuler, who tra

ils by 8 points, coming the closest.

But the DSCC points to figures from the same survey in arguing that Burr is ripe for unseating. His approval rating is at 28 percent positive and 39 percent negative, while 33 percent said they didn’t know enough about him to have an opinion.

“Burr has yet to be tested in a tough electoral environment,” the DSCC said. “He was first elected to the Senate in 2004 and re-elected in 2010, which were both banner years for Republicans across the country. “Supporters who point to Burr’s 2010 re-election as proof that he will run strong in 2016 are willfully ignoring that 2016 will be a wildly different electoral environment that is expected to favor Democrats.”