The cloud of ethics scandal has wafted over from Jones Street to the state board of elections.  Apparently, another Republican officeholder — also an attorney — is needing a bit of a refresher:

For 17 months, a member of the North Carolina Board of Elections appointed by Gov. Pat McCrory demanded regular updates about the confidential investigation into $235,000 in political contributions to the campaigns of the governor and dozens of other elected officials.

What Paul J. Foley failed to disclose was that his law firm had for years represented the target of the investigation, Oklahoma Internet sweepstakes software magnate Chase E. Burns, according to a state attorney general’s report obtained by The Associated Press.

Longtime readers of this site may remember Foley as the attorney for the NCGOP in 2012.  He was involved in a hubbub at the state party convention that year involving the distribution of fliers by party activists questioning the ethics of then-speaker Thom Tillis.

Oh, and the source of this story is a “state attorney general’s report”?  That means it came from minions of Roy Cooper — who has done nothing since being reelected in 2012 but run for governor. Roy has big plans for 2016 that could surely be helped by embarrassing Pat McCrory. MORE:

[…] Despite a North Carolina ethics law that demands officials remove themselves from proceedings if they have a financial relationship with a participant, Foley did not step aside for nearly a year and a half, until State Elections Director Kim Strach learned of nearly $1.3 million in prior payments for legal services from Burns’ company to Foley’s law firm.

Even then, Strach says Foley continued to press for information about the probe.

“Mr. Foley stated that he wanted a copy of the findings report sent to him immediately,” Strach recounted in an Oct. 10 memo to elections board chairman Josh Howard that was obtained by The Associated Press. Strach said she again advised Foley that would be improper, based on his recusal. “Mr. Foley was not satisfied with my answer.”

“I was alarmed by Mr. Foley’s behavior today, and I have again cautioned staff not to address any questions from Mr. Foley regarding this ongoing investigation,” she said.

Strach declined to comment on Friday. She is set to present the findings of the two-year investigation into Burns’ donations in a public hearing Wednesday.

Foley denied wrongdoing in a brief telephone interview with AP and subsequent emails. He declined to say when he learned his firm represented Burns or whether he shared information about the investigation with his law partners or anyone else outside the Board of Elections.

“I don’t think it would be really appropriate for me to say anything,” said Foley. When pressed about his knowledge of Burns payments to his firm, Foley hung up.

Then, the drivebys get back to regurgitating Democrat spin:

In the spring of 2013, AP published stories about $520,000 in campaign donations to more than 60 North Carolina politicians from members of the state’s outlawed Internet sweepstakes industry, part of a lobbying effort to influence lawmakers to legalize the games.

Nearly half the money came from Burns and his wife, making the out-of-state couple among the largest donors in North Carolina’s 2012 election cycle. Burns donated to the campaigns of top state officials, including McCrory, Senate leader Phil Berger and then-House Speaker Thom Tillis, who was elected last year to the U.S. Senate.

Burns was arrested in March 2013 on felony racketeering and conspiracy charges in Florida related to a fake veterans’ charity prosecutors say was used to launder $300 million from sweepstakes cafes there.

Court filings from the Florida case showed Burns’ company made another $98 million from Internet cafes in North Carolina, though the games were illegal here.

Burns’ North Carolina donations were disbursed by lobbyists from the law firm Moore & Van Allen, McCrory’s former employer. The records show the checks were drawn from an Oklahoma bank account, which authorities had seized for containing cash from Burns’ sweepstakes operations. Further, a handwriting expert said the writing on the checks filling in the politicians’ names appeared different than the handwriting filling out the amounts.

This Burns guy gave money to ANYONE who may have had a vote or any level of influence on the floor of either Jones Street chamber.  A lot of Democrats got money from the man.  It’s STILL not clear what — if anything — Burns got for all of this money he handed out.  MORE:

[…]Records show Foley and fellow GOP board member Rhonda K. Amoroso often sought information about the Burns investigation during weekly Friday conference calls with Strach. According to Strach’s account, obtained by AP, Foley often asked for such specific details as the names of witnesses being interviewed.

Informed by Strach that she had interviewed a Winston-Salem lawyer representing Burns’ company, Strach said Foley responded: “I know.”

Ruh-Roh.  Um, that sort of throws the whole “I was in the dark” defense out the window.  MORE:

Foley also sought updates from other staffers involved in the investigation and urged them to resolve it quickly. The employees found Foley’s behavior “unusual” and “unprecedented,” according to multiple employees interviewed by the attorney general’s office. At the time, election board officials didn’t know about the connection between Foley’s firm and Burns. 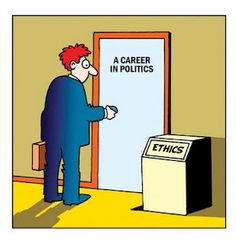 Foley’s firm, Kilpatrick Townsend & Stockton, is sizable, with about 50 lawyers listed as working in its Winston-Salem office. Though the attorney general’s report says Foley denied knowledge of his firm’s extensive legal work for Burns, court records show he had worked closely with at least two lawyers from his firm who were directly involved.

In November 2013, as Foley received updates about the Burns investigation, he is listed with Dietz and Charnes as co-authors of a brief argued before the U.S. Supreme Court.

Dietz, appointed by McCrory to the state Court of Appeals last year, did not respond to a request for comment Friday.

Burns, who pleaded guilty in Florida to two counts of assisting in the operation of an illegal lottery, told AP Friday that he ended his relationship with Kilpatrick Townsend in the spring of 2013, around the time of his arrest. He said he had never spoken to Foley, but declined to answer further questions.

“That’s all in my past,” he told The AP. “I really don’t want to comment about what happened.” 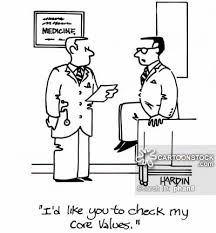 As part of his plea deal, Burns agreed to forfeit $3.5 million from bank accounts prosecutors said contained the proceeds of illegal activities. That included the account used to send the donations to the North Carolina politicians.

Last September, elections board staffers looking through documents from Florida’s investigation discovered Burns had paid Foley’s firm nearly $1.3 million between 2009 and March 2013, when Burns was arrested and his accounts frozen.

Foley recused himself on Sept. 29.

In a June 23 letter to Howard, Senior Deputy Attorney General Alexander Peters concluded it was proper for Foley to recuse himself from issues involving Burns. He said Foley’s prodding and questioning didn’t harm the probe because “staff members continued to conduct the investigation in accordance with their professional judgment, just as they would any other investigation.”

As to whether Foley “knew or should have known” about Burns’ payments to his firm and recused himself from the start, Peters wrote that was “beyond the appropriate scope” of the attorney general’s office. Peters also did not investigate whether Foley might have leaked details of the confidential investigation. He said the ethics commission or the Bar Association would be responsible for addressing those questions.

This all gets marked down in the category of “Should Have Known Better.”  (Just like with Speaker Moore.)