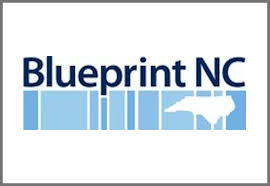 Early in the McCrory era in Raleigh, we learned about a nefarious plot by lefty groups and their media allies to slime and slander and “eviscerate” our new governor and his fellow Republicans on Jones Street.

BlueprintNC advertises itself as a warm-and-fuzzy little lefty group seeking to spread peace, love and understanding from Murphy to Manteo. But the leaked memo from its executive director painted a much less rosy picture of the group’s intentions.

Since the beginning of the McCrory era, we’ve seen a regular pattern emerge.  Certain lefty groups generate talking points.  Then those talking points end up being reported as FACT in the mainstream media (i.e., Binky, The Shih-Tzu, ABC 11, McClatchy, WRAL).

The whole spin about the coal ash spill from Duke Power facilities into the Dan River appears to have Blueprint’s fingerprints all over it.  Simple reporting about an environmental accident has been transformed into an evil conspiracy to poison women and children by Gov. Pat and his former employer.

We’re getting a lot of video on TV showing discolored water.  We’ve heard about panics and runs on bottled water in communities along the Dan River.

The Natural Resources Defense Council — a notorious lefty cabal — has launched an ad campaign demanding that Gov. Pat McCrory ‘Clean It Up.’    NRDC decries some alleged cuts to the NC Department of Environment and Natural Resources.  The problem with that allegation?  DENR’s total budgetary appropriation from the general fund increased by $3.7 million from 2013-14 to 2014-2015.

In February, Chris “Blinky” (Not to be confused with Binky) Fitzsimon’s NC Policy Watch ran with an item blasting Duke Power for the coal ash spill AND for not paying any income taxes.  They didn’t mention how much they pay in property taxes, how much they collect in sales and other taxes from consumers, or how much income tax their employees chip in.

The N&O’s Rob Christensen took his marching orders — cribbing from NCPolicyWatch, running with the attack on Duke Power and tying Gov. Pat into it all.   (For what it’s worth, I have a family friend who was once a high muckety-muck at Duke Power.  Now retired, he tells me he had NO IDEA McCrory worked for Duke until he saw it mentioned in coverage of the 2008 governor’s race.  So much for the ol’ grand conspiracy.)

Rob uses Democracy NC as one of the primary sources for his article.  He turns to them  A LOT.  If you check in at their web site, you will see that Democracy NC’s staff is chock full of  “community organizers” and alumni of the ACLU and ACORN.  A real mainstream bunch.

Most coverage of Duke coal ash affair is filled with hyperbole from lefty groups and others with political agendas.  But what about coal ash, itself? How much of a danger is it, really?

In 2010, Obama’s EPA was struggling with whether to even classify coal ash as ‘hazardous.’  The Edison Energy Institute points out that on FOUR prior occasions — including under the Clinton EPA — the feds found that coal ash did not warrant classification as hazardous material.

EEI also points to the findings of state and federal regulators regarding a 2008 coal ash spill in Tennessee:

[…] In a draft report released in December 2009, {Tennessee Department of Health] found that there were no significant human health impacts from the coal ash spill. Despite the size of the release, TDH concluded that there was little potential harm to human health from the coal ash, but rather that the greatest threat appears to have been from the suddenness and size of the release itself, and not from the chemical or physical characteristics of the ash. The report concluded that based on ‘environmental test results,’ [TDH] does not expect harm to health from touching, eating, drinking or breathing the metals in coal fly ash.”

In October 2013, a federal judge ordered the EPA to actually come up with a classification for coal ash and some regulations for disposing of it.  Utility companies are warning that classifying coal ash as a ‘hazardous’ material will really jack up operating costs for them, which will get passed on to consumers.

Coal ash is a popular ingredient used for making asphalt and cement.