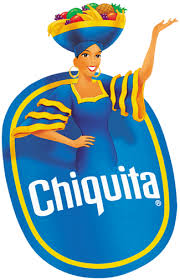 Three years later, Chiquita has announced a merger with an Irish firm that will mean – among other things — the departure of Chiquita’s corporate HQ from The Queen City.

This may spark memories by some folks of the Dell fiasco of 2004.  The state, the city of Winston-Salem, and Forsyth County kicked in $280 million in incentives for Dell computer to build a plant in the Winston-Salem area. In 2009, Dell shuttered that plant and laid off 905 workers.

Albert Einstein is credited with defining insanity as doing the same thing over and over again while expecting a different result. How smart is it to keep ponying up big bucks to major out-of-state corporations who will leave us at the drop of a hat for ONE MORE DOLLAR?

Why can’t our politicians start focusing more on improving the business climate for existing employers?  Why not craft policies — (deregulation?  tax cuts?) — that encourage further expansion and investment by businesses with roots here who have proven their commitment to North Carolina?

Politicians get lots of sexy headlines when they manage to persuade a big name to abandon one ship and board OURS.  They tend to forget that, if we’re working hard to take an employer from somebody else, somebody is working hard to take one from us.  Instead of gambling like this with other people’s money, why not just concentrate on making things better for the people who are already here and committed?