It’s on too early in the morning.  It’s on obscure channels.  It’s barely watchable on YouTube.  Yet, delegates to the NCGOP convention will be subjected to a LIVE mock edition of NC SPIN while they eat Saturday night.  Yessirree, a night normally reserved for a major newsmaker, presidential candidate or the like will now be dominated the, um, *stars* of early-weekend-morning basic cable.  Yep, folks gathered to prepare the NCGOP for the November battle will be subjected to Democrat operative Tom Campbell, Democrat operative (and former WRAL reporter) Chris Fitzsimon), former Lt. Gov. Dennis Wicker (D), and Democrat consultant Brad Crone.  (Of course, professional tap dancer John Hood and the John Locke Foundation’s Becki Gray MAY put in an appearance.) 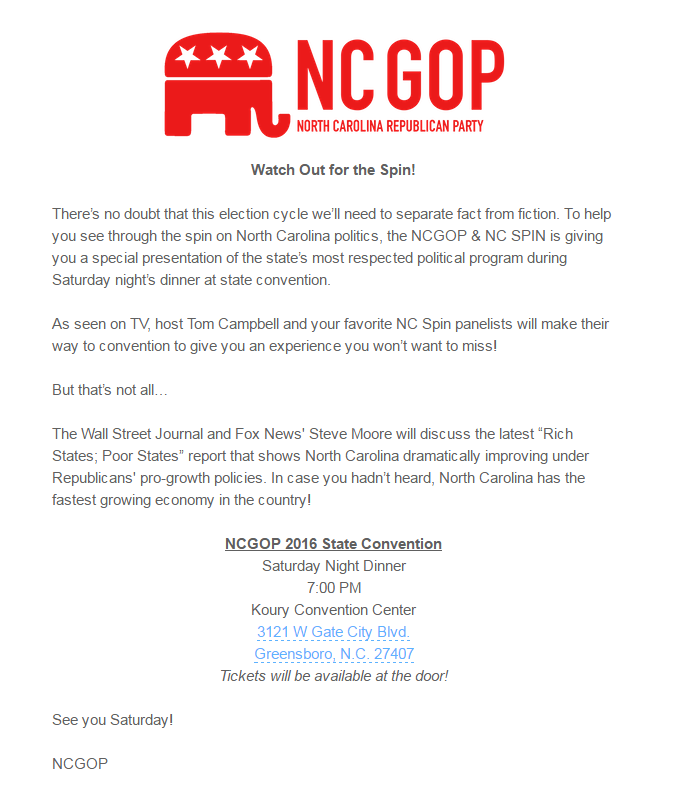 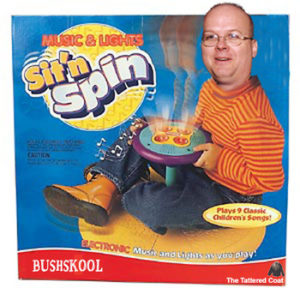 And Steve Moore?  Granted, he’s a smart guy who’s right on most of the issues.  But he’s not exactly a fire up the locker room and win one for the team kind of guy.  I am suuuuuuure he’s in on this for the purpose of brown-nosing Art Pope, and his son John Hood, for grant money.

Wow, that evening sure sounds like quite the bang for the hundreds of dollars attendees will be shelling out.  *THANK GOODNESS they tossed Hasan, kept Dallas, and brought back Dallas’s grandpa.*