A friend and frequent reader of this site passed along this email tidbit: 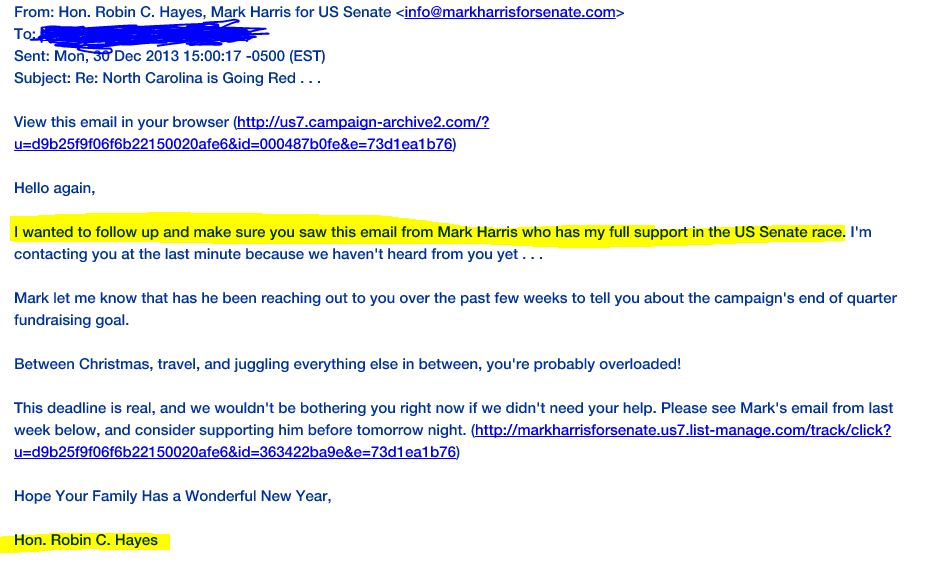 Boy, this pitch from ol’ Robin is a lot more pleasant and diplomatic than the one he made in Tampa during the RNC convention.  The “full support” line is kind of interesting.  The most recent campaign finance filings show not one red cent from anyone named Hayes in the Harris campaign treasury.  Let’s see what the year-end report reveals.

Other than the discussion on Common Core, Lt. Gov. Dan Forest has been laying kind of low on controversial matters.  Yet, I have been noticing some key figures from his 2012 election campaign speaking very highly of Rev. Mark Harris in recent months.  Democrat consultant Brad Crone brought things to the fore this weekend on NC Spin when he announced that the LT’s political organization is lining up behind Harris  — and that this fact was one of many key pieces of evidence people should consider in taking Harris very, very seriously.  (I had been hearing similar things from politicos on both sides of the aisle.)