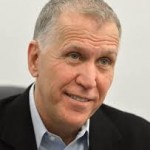 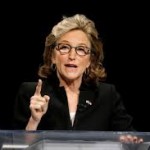 PPP- despite its leftist tendencies — has tended to be pretty doggone close in the final days of statewide elections.  (It was a close second in each of the last two Senate races.)  PPP’s last poll for this race, roughly two weeks ago, had the spread at 46-43 in favor of Hagan.