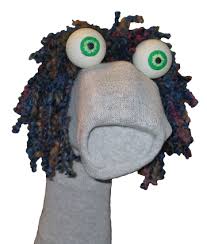 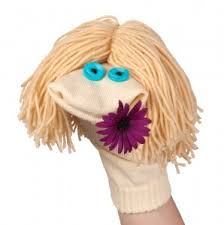 There have been a lot of great female pairings in American history.  Lucy & Ethel.  Laverne & Shirley.  Kate & Allie.  Thelma & Louise.  THE BARBI TWINS!!!!

On Monday, North Carolina politics added one more pair of ladies to that distinguished group — Kay Hagan and Renee Ellmers.   This site’s, um, *favorite* ladies were front-and-center for The US Global Leadership Coalition meeting in Raleigh.  The topic on everyone’s mind:  Obamacare.  Of course, Kay & Renee are *the first two* I think of when I want the inside scoop on “global leadership.”:

Both Hagan and Ellmers are up for re-election, and the new healthcare law will be integral to their campaigns.

Hagan was one of the speakers at Monday’s forum but was attacked for her own leadership role when it comes to Obamacare.

ABC11 asked Hagan about the infamous promise that the public could keep their health insurance if they wanted, but she ducked the question more than once, blaming insurance companies instead.

“I think you look back at the insurance companies, for three years, sold these policies without telling the consumer that they would have to be canceled,” said Hagan when asked if she knew people would lose their policies.

Meanwhile, Ellmers has been trying to scuttle the Affordable Care Act from the outset.

Really?  You mean to tell me Renee wasn’t trying to ”scuttle” Ted Cruz, Mark Meadows and Mike Lee’s efforts to defund ObamaCare???   Kay & Renee appear to have had the same position on that particular episode.

In a previous post, we noted that senator Kirsten Gillibrand (D-NY) spilled the beans on all of these politicians who claim they had no idea O-Care would result in cancelled policies.

Hagan — affectionately referred to in these parts as Chuck Schumer’s sock puppet™ —  is doing her best to make us believe that O-Care would be so much better if the web site worked AND those dastardly insurance companies behaved:

Hagan said she was frustrated with the roll out and the fact that the HealthCare.gov website isn’t working properly. She said people should be able to keep their existing plans and has signed onto legislation that would allow that. The first-term senator up for re-election in 2014 also said she believed her Republican opponents want to go back to a time when insurance companies could deny insurance to those with pre-existing conditions. “People do not want to go back to that period,” she said.

First, let’s go to the official defintion of insurance: 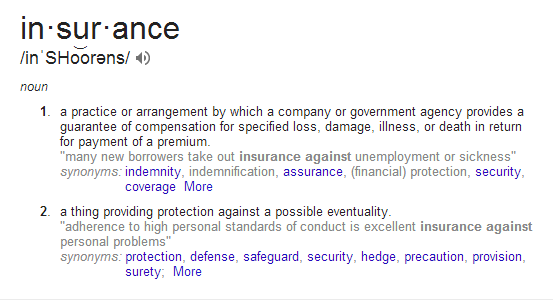 It’s incredibly dishonest for Kay to be blasting insurance companies for cancelling these policies.  She wrote the bill. She has known what its requirements are.  The companies are merely bringing themselves into compliance with the law.  The blame really needs to be placed on the politicians who wrote — and voted for — this disastrous legislation.

Things also appeared to get a little testy between these two ladies:

Democratic U.S. Sen. Kay Hagan and Republican U.S. Rep. Renee Ellmers agreed on at least one thing Monday – that the roll out of the Affordable Care Act has been a mess.

Ellmers, a frequent critic of the law, said Hagan shares blame for the problems, while Hagan again pointed the finger at insurance companies for selling policies but not telling their customers that the policies could be canceled when the new law took effect. Republicans have claimed Hagan was dishonest with North Carolinians about whether they could keep existing plans under the new law. [..]

Ellmers, who represents the 2nd District, said she believes Hagan is trying to fix the problems, but added: “I don’t know how much her voice is being heard.” Before it was approved, Ellmers said, some of Hagan’s constituents asked her not to support the law. “And she made a decision,” Ellmers said. “You know, consequences have to come with those decisions.”

Meanwhile, Hagan said she felt “confident” about her re-election bid and that she has a “great team together and a great strategy.” On the heels of a recent visit to Chapel Hill from Vice President Joe Biden, Hagan indicated that President Barack Obama also would campaign on her behalf. “We certainly look forward to other individuals coming into North Carolina, including the president,” she said.

Confident, huh?  I bet General Custer also felt pretty “confident” about his chances against those Indians.

6 thoughts on “#NCSEN: “Global” Catfight in the Capital”