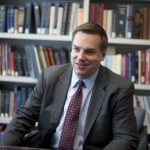 It’s really something to have your veracity challenged by a guy who made up a business to conceal the fact he’s been nothing but a paid political hack all of his life.   But that’s lil’ Richard Hudson for you — arguably the least impressive, least-qualified person to hold elective office in North Carolina.  Our side’s very own Alma Adams.

This went up on Twitter on Sunday. (We would have responded on Twitter, but he’s blocked us.  A real profile in courage.) :

Actually, the Bloomberg  quote had you saying people were “freaking out” over ads — not media reports. Here’s the quote:

[…] “My constituents are freaking out about commercials they are seeing on TV about how they are going to lose their health care,” he said. Hudson said he tells constituents regarding Republican efforts to devise a replacement plan, “If Obamacare is working for you, we want to hear you say that, too.”

So, you owe Bloomberg an apology.

Next, you are all over the place about ObamaCare repeal.  A simple Google search confirms that.  Rich, you say whatever comforts the group you’re in front of at the moment.  That’s pretty typical for someone who owes his very professional existence to a bunch of sketchy, shady John Boehner / Eric Cantor PAC money.

Here’s a quote saying you’re all for doing the repeal like Trump wants:

Okay, now HERE he is saying something a little different:

Hudson said afterward that lawmakers are planning to immediately do away with individual and employer mandates, but the other parts of the law would stay in place until January 2019 or January 2020. He said he prefers the later date.

“My message to folks is we’re not pulling the rug out from under anybody,” he said. “We’re going to get it right.”

(The law was written in about two years.  The GOP has fumbled around for nearly SEVEN YEARS now in an alleged attempt to repeal it.  Oh, and the 2020 date is a political consideration meant to take repeal away as a campaign issue for 2018 congressional candidates.)

Hudson has been babbling about all of these meetings he’s been having all over North Carolina.  It’s a “listening tour” — the same kind of crap Hillary Clinton used to do.  It’s not leadership.  It’s  a media event aimed at fooling the public and the media into thinking you’re actually taking charge.

into his first campaign for Congress.  The game in DC is more about maintaining their own job security, rather than saving the country.

The GOP has a majority in DC mainly due to their promises to kill ObamaCare.  Now, that they’re actually faced with doing what they said, they’re getting wobbly.

The longer they wait, the further ObamaCare’s talons sink into our economy and our culture — making it harder to eradicate.

2 thoughts on “#ncpol: Apparently hitting too close to home for lil’ Richard”