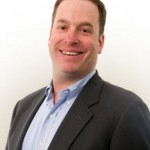 He loves his solar panels (and the accompanying government subsidies).  He’s got a Democrat lobbyist / campaign consultant working out of the offices of his trucking company. He’ll go for a walk the very minute a tough vote comes up on the House floor.  But, never fear Republicans.  Charles Jeter has what you need here at the onset of campaign time — BIG TIME political help.  (Courtesy of the Maryland Motor Vehicle Administration.)

Yep.  That’s where Jim Burton, the newly-hired director of the House GOP caucus, is coming from. Maryland’s DMV.    (At least, according to his LinkedIn profile.)

It’s got to be comforting to know that someone — from the Republican hotbed of Maryland — will be guiding your political fortunes.  Craig Jarvis has more:

State House Republicans on Tuesday announced the hiring of a caucus director, Jim Burton, in anticipation of next year’s elections.

The announcement followed an afternoon meeting of the caucus at N.C. GOP headquarters in Raleigh.

“Jim’s wealth of experience and track record will be valuable to our team of candidates,” Rep. Charles Jeter, a Republican from Huntersville who as the conference chair will supervise Burton, said in a statement. “I’m confident working with Jim we will be successful in recruiting, training, and making sure our message is resonating with voters to ensure we have a larger and stronger caucus in 2017.”

Burton has extensive political experience. He was a partner with Public Opinion Strategies, a national Republican polling and consulting firm. He worked in Maryland Gov. Larry Hogan’s administration, was executive director of the Maryland Republican Party, and worked on campaigns in 42 states, according to the GOP. Last year he worked for Juan Carlos Varela’s successful presidential campaign in Panama.

“I’m looking forward to the elections in North Carolina and the opportunity to work closely with Rep. Jeter, his colleagues, and the candidates to make sure they are prepared. The presidential election will have an impact on the campaigns; it is my job to make sure the House candidates are ready for battle,” Burton said in the release.

Seriously.  This has the stink of the RNC all over it.  It also hints that House leaders may be moving forward with this whole affiliated committee nonsense.  I know. I know.  Tim Moore promised that these affiliated committees would be highly unlikely and that — if they did happen — they would not get involved in primaries.  But I am already hearing about pledges from Moore’s leadership team to “do what it takes” to protect GOP incumbents being primaried from the right.

2 thoughts on “#ncga: Need campaign help? Look no further than the Maryland DMV.”