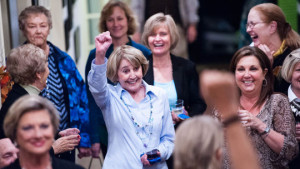 It’s been a strange campaign.  From our standpoint here at Haymaker HQ, things have been going well in the Village of Pinehurst.  This current council and mayor have been diligently working to correct and reverse missteps by previous councils.  Reforms have been made to the bureaucracy to save money and increase efficiency.  As you know, this site has NO PROBLEM with complaining about politicians and bureaucrats overstepping their boundaries.  Recently, we’ve had a hard time finding stuff to complain about in regard to Pinehurst village government.

We wrote earlier that — in our view — things were not broke in village government, and therefore did not need fixing.

It was hard to come up with substantive, credible arguments for making a change.  So, things got very personal,  Campaigns started playing fast and loose with the truth.   The campaign started to take on the tenor of a personal popularity contest — like what you see in races for student council, sorority or fraternity president, or HOA board. 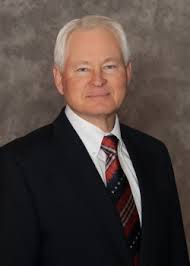 It turned neighbor against neighbor — which was a shame.

We can glean a few things off of the election returns.  Mayor Nancy needs to find Myles Larsen and give him a big ol’ hug.  Larsen managed to divide the NOT-Nancy vote just enough to give her the margin of victory over runner-up John Strickland.

The race for village council made it clear that we may be looking at a shift in political power in Pinehurst.  Pinewild resident John Cashion substantially out-performed EVERYBODY ON THE BALLOT (including the mayoral candidates) Tuesday evening. (That’s up from his total of 2333 votes in 2011.)  Pinehurst #6 resident John Bouldrey came in a close second to Cashion.   Restaurateur Kevin Drum came in a respectable third in the race for two seats.  He added a lot to the race and will hopefully stay involved in village affairs.

Contested races are a great thing.  It really irks me to see ballot lines with one name to choose from.  These local pols have a lot more influence over your daily life than the guys and gals on Capitol Hill or in The White House.  It’s great to keep them on their toes.

It was good to see the kind of turnout we got.  The campaigns did a great job stirring people to get involved and exercise their right to vote. We had seven outstanding people who put themselves forward as candidates.  Let’s hope the remaining foursome will join with the victorious three to help make Pinehurst even better.