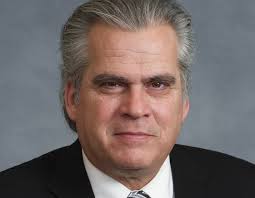 It is A-mazing how a little embarrassing publicity can cause a pol to straighten up and fly right.  We told you earlier about state Rep. John Torbett neglecting to file ANYTHING with the board of elections for 2015. Well, it looks like Torbett has hustled up and submitted his paperwork JUST IN TIME to file for reelection.

We took a gander at what he filed.  On the cover sheet, it appears someone got a little confused about WHO was the candidate and WHO was the treasurer.  (Not a good start.)

As far as the rest of the report went, we’ve got a good chunk of his campaign fund going toward apartment rent and cable service. (I’m still a little fuzzy about how any of that counts as ‘campaigning.’ )    The report shows rent payments to Clarion Crossing in Raleigh from January to June of this year. (So, what did he do with the three grand per month he gets from the state for living expenses?)

So, he’s got the apartment.  So what are the hotel stays in January for, then?

Torbett is also following in the footsteps of the honorable Messrs. Hastings and Moore in claiming reimbursement for in-kind contributions — a practice that seems a bit sketchy when you apply common sense AND the General Statutes to it.