It’s great to see the drive-bys finally get into the game — following our lead on this whole questionable-campaign-spending thing. 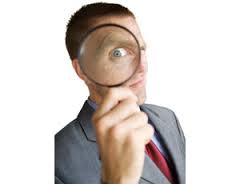 The N&O’s editorial page even got all huffy and puffy and self-righteous on the issue:

[…]Apodaca of Hendersonville, who’s announced his retirement, got about $8,500 from his campaign during the first half of 2015, saying on reports that it was to “reimburse campaign expenses.” He didn’t list individual expenditures, though that’s required. He said it would be an accounting “nightmare.”

Talk about arrogance. The senator apparently believes he can ignore the rules he doesn’t like or obey them at his leisure. A similar attitude prevailed with Rep. Julia Howard of Mocksville, a stickler for holding those seeking unemployment compensation to strick accountability. But Howard had over $2,000 in unitemized credit care payments for this year on her report.

One especially cavalier to handling campaign funds shows up in the reports filed by state Rep. Kelly Hastings of Cleveland County. He’s using campaign money to supplement the 29-cents-per-mile he gets from the state for mileage, in order to bring his rate up to the federal government’s 57 cents-per-mile rate. He says he can’t operate a car on 29 cents a mile.

Hastings also isn’t happy with the state’s generous $104 per diem to cover legislators living expenses in addition to their salaries. (That’s over $3,000 a month.) So he’s using campaign money to boost his payments to the federal level of $163.

Other lawmakers also used campaign money for a variety of expenses, without itemizing them.

The Board of Elections needs to conduct an inquiry. And the lawmakers involved need to itemize expenses right now, not just whenever they get around to it. These people make the laws; they ought to follow them.

All of this got us thinking about two new questions:

One thought on “#ncga: Ready, contestants? It’s once again time to play the SCRUTINY game !”