I see that WRAL has Mark Binker — reportedly the son of WJM’s Ted Baxter — on the, um, “fact-checking” beat.  That’s a travesty akin

to letting Charles Manson baby-sit the kids while you take the missus out for a bite.

We invented the verb “binker” to describe what Mr. Binker does on-the-air.  Republicans are typically his favorite targets.  He dis a number on state Rep. Larry Pittman.   He took a shot at the Tea Party.   Binky did a pretty good job of channeling Bill Barber and Barry Saunders ONCE.  He somehow took an event honoring then-Senate candidate Greg Brannon for his leadership of a crisis pregnancy center and turned it into an allegation that Brannon endorsed slavery.   He even fabricated a story that had the late Martin Nesbitt calling former DHHS secretary Wos a “witch.”    Binky is just plain ridiculous.  *It just makes sooooo  much gosh-darned sense to put him out there as the font of truth.*

Now, Binky thinks he’s GOT Carly Fiorina and Bob Steinburg RIGHT WHERE HE WANTS THEM:

When state lawmakers took up the issue of Syrian refugees earlier this week, Rep. , R-Chowan, raised concerns about the federal government’s ability to properly vet and keep track of those entering the United States from the war-torn country. In particular, the committee was focused on the concern that a terrorist might slip into the country under the guise of being a refugee.

“I read the other day that Washington has more IRS agents than we have agents in the CIA and FBI combined. So, if that is, indeed, the case, that will give you some idea where the priorities of the current administration has been over the last seven years,” Steinburg told the Joint Legislative Commission on Governmental Operations at the end of an all-day meeting. 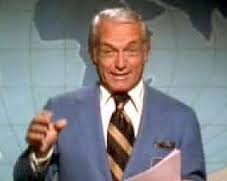 “So, if that is, indeed, the case …” That, my friends, is something akin to a dinner bell for your friendly, neighborhood fact-checker.

Um, it doesn’t look like Steinburg said it as a FACT.  If that is indeed the case ?   Really?   But logic and reality hasn’t stopped Binky before.  Why should it start now?  After all, this is the guy who STILL hasn’t reported on all of the payments legislators have been making to themselves out of their campaign funds.  The N&O just did get around to it.  There’s a whole lot of lying and shenanigans involved in that caper.  A fact-checker with some integrity would have a field day with it.
More from Mr. Binker:

Asked where he got that figure for the number of Internal Revenue Service agents versus agents for the Federal Bureau of Investigation and Central Intelligence Agency, Steinburg said he wasn’t sure.

“I don’t know where I heard it or read it, but it was in the last 24 or 36 hours before that meeting,” he said. “I did ask (Public Safety) Secretary Frank Perry after I made my comments if, in fact, he had heard or knew if that assessment was accurate. He indicated he thought I was accurate.”

Along those same lines — “Mr. Binker, where did you get that word ‘witch’ in relation to Dr. Wos?  Video tape of that hearing does not indicate that word ever being spoken.”

CLOAKS AND DAGGERS: So what about the CIA?

“Neither the number of employees nor the size of the Agency’s budget can, at present, be publicly disclosed,” reads a statement on the intelligence agency’s website. That’s also the response if you call up the CIA’s headquarters in Langley, Va., and ask.

Wow.  Wouldn’t you have LOVED to have been in the room listening to Binky call the CIA?

“Um, CIA?  Hello?  This is Ted Bax — um, Mark Binker.  How many people have you got working for you? I know about that hot chick on Covert Affairs and the one from Alias already.”

By the way, if you read the full Binker piece, you’ll see that the Fiorina camp didn’t bother to return his calls. *Can you IMAGINE that ???*

3 thoughts on “#ncpol: So much Binkering. So little time.”