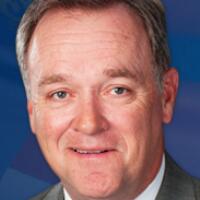 Most people, when they hear the words ‘secretary of state’, they think of foreign policy and Hillary Clinton.

The position of North Carolina Secretary of State plays a significant role within North Carolina’s economy.  The office administers state business licensing, certifies election results, and investigates securities  and other kinds of business-related fraud, among other things.

Goodwin is a former U.S. Army soldier, a retired federal law enforcement officer, a farmer, small businessman and local elected official.   He says his work in law enforcement will benefit the secretary of state’s investigative work.

Goodwin says his experience in business and county government have given him great insight into the state of North Carolina’s business climate:

“We’ve got a lot of good qualities to offer here in North Carolina. It has been terribly disturbing to me to watch us — again and again — lose business and economic development opportunities  to our neighbors in North Carolina, South Carolina, Tennessee and Virginia.   Raleigh’s response  has looked like ‘ho-hum’ business-as-usual. It hasn’t looked like anybody in our state capital has been doing anything serious to reverse this trend.  When I get to Raleigh, I intend to roll up my sleeves and get to work providing some leadership to turn things around here in North Carolina.”

Goodwin says the Secretary of State needs to be a ‘business diplomat’ — promoting North Carolina and reaching out to local political and business leaders for ideas about how to improve the business climate.  He says his campaign is a personal mission for him, to try and save the state he loves, as opposed to a political stepping-stone to Raleigh up from the county level:

“THIS is a job that I want.  I plan to stay in the job for as long as the voters will have me.   The person in there now — Ms. Marshall — has been focusing on everything BUT the economy and the business climate.  She’s hugged up to the Occupy Raleigh crowd.   She doesn’t like voter ID.  She’s run for the U.S. Senate twice. In any elected job, you need to remember your mission, as well as who you work for.

Ms. Marshall always seems to be looking for another job — something else to do. It doesn’t appear she really likes being Secretary of State.  I’ll be glad to take the job from her so she can go spend more time focusing on those things that are more important to her.”

Goodwin says his experience in Chowan County government will help him in Raleigh.  When he joined the county board, the county was in serious financial trouble.  Goodwin says he provided leadership with his colleagues to cut spending, taxes and regulation to try and ‘right the ship.’ :

“Ms. Marshall likes to go around and brag about how much money she and her staff have collected off of business people in our state.  The state should not be jacking up the cost of doing business and making things difficult for people trying to make ends meet and launch new businesses.

Small business is the backbone of this state.  As a member of the Council of State, I’ll work with the other members to reform our system and level the playing field so our business climate is competitive with our neighbors.”