It’s because the leaders of both parties — in DC and in each state capital — demand a set amount of cash from each elected official each year.  That cash gets held over their heads each election cycle.  If you don’t pay off your “assessment,” it can cost you in the form of committee assignments or even financial help from the party itself at election time.

Revelations like this are in a fantastic book from Peter Schweitzer called “Extortion : How Politicians Extract Your Money, Buy Votes, and Line Their Own Pockets”.    When you get elected, your party hands you a “bill” demanding that you cough up X-amount of dollars in order to remain in “good standing.”

(It’s clear this kind of thing happens in Raleigh as well.  A few years back, a Republican legislator from Forsythe County, who had no primary or general election opponent, publicly expressed frustration with the pressure she was getting from the powers-that-be in Raleigh to raise money. )

Schweitzer, in his book, included details on the monetary demands each party made of its members in Congress.  The details for the GOP members of the House for 2013 can be found HERE, HERE, HERE, and HERE.

Robert Pittenger owed $4,150 from the “2013 March dinner”  — which was eight percent of his overall financial commitment. 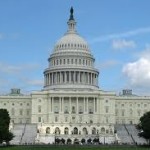 One thought on “Even politicians get shaken down”