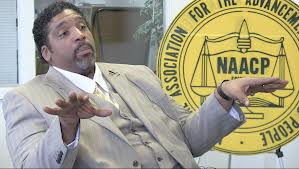 Hmmm.  Misleading information in the N&O.  I know, I know.  What else is new?  But today’s edition really takes the cake.

The headline on the lead story this morning on the Raleigh Rag’s web site read: Senate budget would cut elderly, blind and disabled from Medicaid rolls.  Seriously.

Yep. John Drescher, his shih-tzu, RobRielleWho and the gang would have you believe that Mr. Berger, Mr. Apodaca, Mr. Tillman, Mr. Rucho & co. are giggling over the idea of tossing your grandma into the middle of the street.  The editor even included a picture of some woman leaning over her poor, frail mother with the caption: Debera Kucharski tells her mother, Margaret Deviney, “I love you” Thursday while unpacking clean clothes for her at The Covington Assisted Living and Memory Care in Raleigh.

If you are like most people — who typically don’t read much past the headlines and the photo captions — you are probably cursing Mr. Berger and Mr. Apodaca and their friends in the upper chamber on Jones Street for being so incredibly mean.  But, if you take time and read into the story, you start to learn what this is really all about:

[…] This appears to be a first step Senate Republicans are proposing to cut Medicaid services and shrink the number of beneficiaries.

The budget includes a provision that would have the state health agency develop proposals by next year for cutting optional Medicaid services for elderly and disabled beneficiaries, limiting coverage to only that required by federal regulations or laws.

North Carolina’s Medicaid program is considered “rich” because it goes far beyond the basics. “Optional” services under Medicaid include prescription drugs, mental health and dental care. […]

According to other drive-bys, the state is facing a Medicaid revenue shortfall somewhere between $130 million and $500 million.  The Senate is proposing to close that gap by ONLY spending money on what the federal government mandates.  Wow. That actually sounds incredibly freakin’ responsible.

It’s nice to want to help people in need.  But you can only squeeze budgets — and working people — so much to do it.