“There was a lot of cash attached to this deal.  Tillis got the money and went to DC. McCrory stayed in Raleigh and took the blame and the beat-down.” —  Senior GOP source on the impact of the I-77 toll road dispute

A lot of folks out there are trying to figure out why Gov. Pat McCrory so underperformed

But opponents of the sleazy deal to privatize improvements to I-77 in North Mecklenburg have come up with a pretty interesting post-game analysis on the governor’s race:

Drilling down to the local level, the results are even more surprising.
[…]

However, it is also ground zero for the anti-toll movement. The anti-toll group Widen I77 was founde 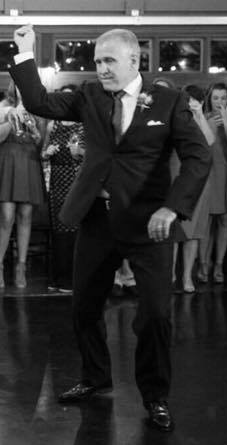 d there, and the town board was among the first to take an official anti-toll position. The board even censured the mayor and called for his resignation because of his support for the project.

In 2012 McCrory carried Cornelius by a whopping 74%. 2016 was a different story; he barely carried a majority, at 50.6%. The total vote swing was 6,196. Given Cooper’s current margin of victory of 5,000 votes (pending a recount), Cornelius alone delivered a Cooper victory:

Huntersville was nearly as dramatic. During the primary, Republican incumbent Charles Jeter lost every Huntersville precinct to challenger Tom Davis due largely to Jeter’s early support of the I-77 toll project. And in 2015 three pro-toll commissioners and a four-term mayor were swept from office.

Apparently Huntersville wasn’t through cleaning house, because while it went 71% for McCrory in 2012, in 2016 McCrory failed to even carry a majority, garnering only 48.6%. The result was a net loss of over 10,000 votes, an electoral disaster for McCrory.

A similar shift played out in South Iredell county, another staunchly conservative region. In 2012 the eight precincts around Mooresville delivered a net margin of over 20,000 votes for McCrory. In 2016, while he still carried a majority, the margin dwindled to about 9,800 again resulting in a net loss of over 10,000 votes.

They cite the race for Thom Tillis’s old House seat as proof that HB2 really didn’t matter in the grand scheme of things:

The mainstream media has reported extensively about the effect of HB2 on the governor’s race. Did it play a factor in North Meck? As it turns out, the 98th House race served as a proxy for HB2. An analysis of this race provides insight into the effect (or non-effect) of HB2.

The 98th House contest pitted Republican incumbent John Bradford against newcomer Jane Campbell, a Navy veteran and lesbian. Campbell skipped the primary but decided to run as “unaffiliated” after HB2 passed. In both debates she stated HB2 was her primary motivation for running. Several anti-HB2 super PACs poured money into her race.

Both ran on an anti-toll platform, but Campbell repeatedly made an issue of Bradford’s vote for HB2. So if HB2 was an issue to North Meck voters, the results would have shown either a narrower Bradford victory (vs 2014) or even a Campbell win. 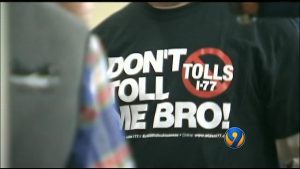 In contrast to Bradford’s improved performance, McCrory saw a net loss of over 3,000 votes in Davidson. Since Bradford did better despite (or some may say because of) his support of HB2, McCrory’s dropoff can be primarily attributed to his toll position:

Perhaps statewide HB2 may have cost McCrory votes, but it had little effect in North Mecklenburg which otherwise stayed Republican in down-ballot races. Statewide McCrory lost ~6% of Republican support, but in North Meck he lost an astonishing 21%:

32 thoughts on “Did I-77 toll brouhaha end up killing McCrory’s reelection?”