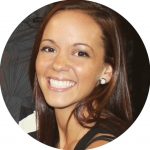 The Southern Poverty Law Center is used all the time by the drive-bys as an indisputable piece of evidence in declaring someone or something a tool of racist extremism.  (Just recently, a dirtbag funded heavily by WRAL’s ruling family, used the SPLC to smear a conservative blogger and bully The Civitas Institute.)

Here’s a piece by a young lady who had the cojones — more than John Hood, Francis DeLuca, and the rest of the Pope empire combined — to stand up to the bullying and smear tactics of the SPLC:

Nazi. Fascist. Misogynist. White supremacist. These are some of the most hateful terms around, and yet they are freely lobbed at anyone who even

slightly diverges from the left’s worldview. This fall, I became the one targeted by exactly this sort of bullying at the hands of the Southern Poverty Law Center.

It’s an understatement to say that I was dumbfounded as to how I ended up on the Southern Poverty Law Center’s (SPLC) LGBTQ hate-list — I have never said or done anything to indicate hate for the LGBTQ community. When I called to inquire, SPLC informed me that I am guilty because I did a radio interview with Family Research Council Radio (FRC). I am a program coordinator for The Leadership Institute’s Campus Reform. org. The segment was about socialism, but because FRC holds traditional family values, I was labeled an LGBT-hater just for being a guest on the show. No LGBT topics even came-up.

SPLC’s hate-list exemplifies a bullying tactic employed by the left to silence conservative ideas. Regardless of the issue, support for the conservative point of view results in a litany of hateful labels and reputation-smearing. The goal is to paint any opposition to the far left as morally depraved and, therefore, unworthy of being included in conversation. Dr. Carol Swain, an African-American woman and former Vanderbilt professor, is a perfect case-in-point; she was labeled a white supremacist sympathizer by the SPLC for pointing-out SPLC’s hypocrisy on racial issues.

This tactic is more than illogical; it’s dangerous. Reckless and irresponsible hate-labeling not only stifles free speech and expression, it empowers and emboldens vicious groups and 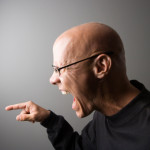 individuals to violently attack people. Consider the 2012 Family Research Council shooting, when a man walked into the organization’s office in Washington, D.C., with 100 rounds of ammunition and 15 Chick-fil-A sandwiches. He planned to kill as many staff members as possible and smear the sandwiches in their faces. He said he chose his target based on SPLC’s Hate Map.

Nowhere is the danger more real than on our college campuses where Antifa, By Any Means Necessary, and other domestic terror groups (which are not found on any SPLC hate list) now feel emboldened to attack conservative students and shut down events under the guise of — ironically — fighting fascism, hate and white supremacism. Two Berkeley students recently spoke to Martha MacCallum about being

targeted, stalked and physically assaulted by Antifa for being members of the College Republicans club.

This bullying needs to stop if we want to protect a free society — on and off campus. Americans are afraid to voice any form of dissent from the social or economic progressive agenda for fear of losing their academic standings, their jobs, or being labeled hateful and bigoted.

[…]While I am lucky to have a current employer that is understanding of this injustice, many others are not willing to give the benefit of doubt. I will now have to explain to every future employer why my name is on a hate list. If there’s one thing I gained from this, it’s a newfound respect for conservative students who face this type of mistreatment every day on campus.

Groups like the SPLC threaten our constitutional rights and the very fabric that makes this nation great. We need to start pushing back. If this trend of bullying and ostracizing anyone with a different opinion continues, we can only expect a chilling, mob-rule effect and the suppression of speech and ideas in this country.

I am calling on SPLC to remove me from this list and stop engaging in the game of identity fear politics. I urge all Americans who have been bullied, silenced, and pushed into a corner by radical groups like the Southern Poverty Law Center to push back too.

2 thoughts on “Who will police the “hate” police?”