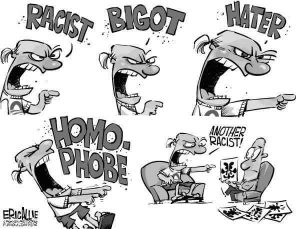 The meek, bashful soft-spoken Ann Coulter has a great piece out on how leftists LOVE to use blacks as “props” in their performance theater aimed at defending and expanding their agenda.

Over on Jones Street, they are moving a bill allowing some municipalities in Mecklenburg County to establish city-operated charter schools as an alternative to the godawful Char-Meck system.  And, like clockwork, the leftist activists, the educrats and their allies in the teacher unions dropped some 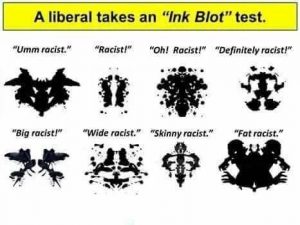 black faces in front of the cameras to scream about the second coming of some guy named Jim Crow.

For the record, city-run school systems have been the norm in Virginia for more than 40 years.  I graduated from one of those city-operated systems.  All you had to do to enroll your kids was to move into the city limits and pay SOME KIND of taxes to the local government.  Skin in the game.

We didn’t have the right percentage of black faces in the classrooms to pacify the leftists.  (Our largest racial minority was Asian.)  But we had a different kind of diversity — INTERNATIONAL. A nearby military base that drew all kinds of foreign officers on temporary assignment.  And their families.  We got

the opportunity to go to school with and befriend kids and families from places like Australia, Germany, France, Spain, The Netherlands, Taiwan, Turkey and Argentina.

Our teachers were our neighbors.  (And they often KNEW our parents.) The kids in class were often living a short bike ride away.  We had several teachers who had moved from the college arena back to teaching K-12 in our town.

We also had quite interesting curriculum offerings.  We were one of a handful of public high schools nationally to offer Russian language courses.  According to the school’s website, they now have a full-blown robotics offering.

In life, it’s pretty safe to say that bigger is rarely better.  My favorite local bank merged with a  big conglomerate and has gone downhill ever since.  My veterinarian got bought out by a big corporation.  The prices went up and the customer service quality went down.  Time and again, you’ll find that declines in student performance coincide with school system mergers.

Professional public education long ago downgraded student achievement in favor of bleeding the most money they can out of Joe and Jane Taxpayer.  Ever notice how the school systems that spend the most per pupil — DC, NYC, Los Angeles — have the worst student performance?

Why are immigrants from China, Korea and Japan and India and Pakistan performing at a much higher level than minority kids born and raised here?  Why isn’t the alleged “institutional racism” they tell us is all around us beating down those children of color?

It’s much easier to scream “Racism” and “Discrimination” than to seriously explore and address the high crime rate and low levels of education performance within the black community. But it’s not good for North Carolina or our country.