Yep.  Another textbook example of what the inside-the-beltline crowd thinks of US and OUR president: 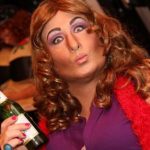 Actually, Rush had an excellent piece on the whole 3000 deaths claim the other day.  Apparently, that was based on some kind of computer model produced by leftists, and not by any actual on-site research.

A few years back — one Friday night — someone posting on Twitter as “Brent Woodcox” challenged this website (not me, the website) to a fistfight.  It was trash-talking galore.  My minion who helps monitor the Twitter feed initially IDed the tweeter to me as “Brad Woodhouse” —  Dallas’s brother.  (I was more than eager to accept that challenge.) 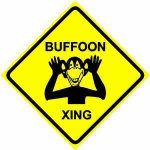 I saw the tweets, and laughed at them.  in hindsight, I should have taken  screenshots.  I went back sometime later to attempt screenshots and they were gone.

If Berger and Moore are taking advice from someone who pops off like this on Twitter,  the NCGOP is in more trouble in November than we thought.  GOP losses on Jones Street will have nothing to do with Donald Trump.  They will be the result of voter disgust with politicians who adopted

10 thoughts on “Top NCGA GOP staffer: Trump is a ‘buffoon’”