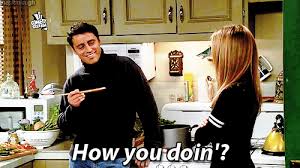 Well, the Bureau of Labor Statistics is out with state-by-state employment data for the first half of 2015.  Here in The Old North State, the civilian labor force has been growing steadily since January, but — unfortunately — so has the number of unemployed.

According to the BLS, the civilian workforce in North Carolina — the number of able bodied people who are old enough to work who are not disabled, in the military, full-time students, in prison, or retired — stood at approximately 4,770,800 at the end of June. Of that number, a total of 277,200 were determined to be unemployed at the end of June. (That’s what you’re really getting when unemployment rates get announced — the percentage of the “workforce” not working.)  The number of unemployed fell slightly from January to February, but has been creeping up since March.

It’s funny.  Liberals want to tell us how people are fleeing the education sector in our state.  According to the feds, employment in the state’s education sector has grown consistently month-to-month.

Let’s look at our neighbors to the south.  South Carolina’s civilian workforce was estimated at 2,260,800 as of the end of June.  Of that number, an estimated 148,800 were classified as unemployed.