I want to start off with our most sincere condolences for the family of Keith Crisco.  We did not personally know the gentleman from neighboring Randolph County.  But some of our good conservative friends from that neck of the woods have had nothing but the highest praises for the man. He was a community leader deeply-devoted to his friends and neighbors.  He built a successful business that put a lot of food on family dinner tables in a struggling county. 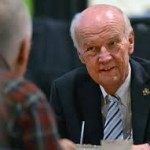 Crisco was a true anachronism for today’s Democrat Party.  He reminded me a lot of my late grandfather — a rural, conservative Democrat Party boss in southeastern North Carolina.  People from Randolph County tell me that Crisco regularly supported local Republican candidates and resisted a lot of pressure from local Republicans to switch parties.

It was a real shame to see his life snuffed out by a senseless accident at his home in Asheboro.  The guy had done so many good things in his life, and he had a few more left in him — we’re sure.  I honestly believe that Crisco — had he lived and slipped past Aiken in a recount — could have given Renee Ellmers quite a fight.

Total voter turnout for the May 6 primaries was a *whopping* 15.71 percent. An awful lot of races got decided that day — by 15 percent of the people eligible to decide them.

We make voting so easy these days. We have early voting.  You can register at the DMV. You can get an absentee ballot.  People have shed blood all over the world, across the generations, for the right to vote.  And here we are with a little more than 1/10th of the people bothering to partake in their constitutional responsibilities. 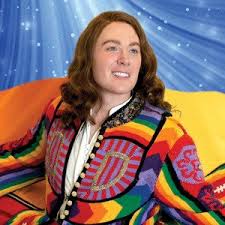 It’s been said that government goes to whoever shows up.  The people I saw show up included:  an elderly man who marked ALL of the US Senate candidates in the GOP primary, two women who argued over whether they were going to vote for Thom Tillis OR Clay Aiken in the primary, and the foreign-sounding woman who screamed at the top of her lungs demanding an “independent” ballot despite the fact records showed her as a registered Democrat.

Are informed voters Going Galt?   Four million voters who showed up to support John McCain in 2008 did not show up at all for Mitt Romney in 2012.

Though, the voters are not completely at fault here.  We’ve got two major parties engaged in a Me-Too slap fight.  We’ve got Republicans at the state level in Raleigh supporting alternative energy mandates and health insurance mandates that drive up the cost of living for the rest of us.  Just like the lefties.  We’ve got Republicans in Washington who — just like the lefties — support runaway spending, tax increases, funding ObamaCare, and weakening our ability to fight illegal immigration.  People moan about voters not taking their responsibility seriously.  Perhaps they see two different cliques of politicos promising slightly different flavors of the same unpleasant thing.  It’s like choosing between Cottonelle and Charmin. Toilet paper is toilet paper is toilet paper. 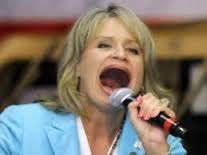 Here in the Second District — the electorate is primarily conservative.  The media is going to be all over the Clay and Renee match up because of Aiken’s American Idol experience.  People LOVE a celebrity.  I am willing to bet you more people can tell you who Clay Aiken is than can correctly name their mayor or city councilman.  The issues won’t matter much.  Renee Ellmers has shown an utter lack of respect for conservatism and The Tea Party activists who helped slide her past Bob Etheridge in 2010.  So, there is no fire out there to defend her.  Clay Aiken has had devoted fans follow him around the country for years to see his performances.  I doubt he will have problems luring people out to the polls.

For most of the people who turn out — Clay’s smile and singing voice and Renee’s smile and hairdo will matter MUCH MORE than the economy, amnesty or ObamaCare.  The race will be quite a coup for TMZ and US magazine.  Not so much for our state, country, or economic fortunes.