Early voting is underway. We’ve got a GOP leadership in Washington looking to sell us out on amnesty and ObamaCare.  In Raleigh, we have a state party leadership reportedly looking to toss out opposition to toll roads and ObamaCare, and water down the official stance on amnesty. You can grumble all you want.  But the only way to send a message to these people is at the polling place.  You’ve got the opportunity, from now until May 6, to do a little RINO-hunting. 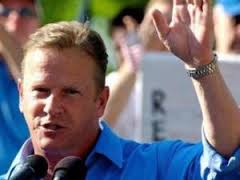 NC-02:  Longtime readers of this site are well-aware of our feelings about incumbent congresswoman Renee Ellmers.  She scammed us in 2010 and has thumbed her nose at us ever since.  But it all may catch up to her this year.  Upstart challenger Frank Roche is hammering her hard on her sucking-up to Boehner and Cantor as well as her passionate cheerleading for amnesty.

I know many folks in the district have a sour opinion about Roche.  He apologized early on in the election for his past behavior, and has been exhibiting a surprising level of maturity on the campaign trail.  As we said before, this one may come down to pulling the lever for the one you hate the least.  Remember, you are not voting for a new best friend.  We’re looking for someone who will go up there and vote right — putting us ahead of John Boehner and Eric Cantor.  Renee has proven she won’t do that.  We’d be willing to bet Frank Roche will.  It’s time to send Renee back to her life as a bored Harnett County doctor’s wife.

This one — between David Rouzer and Woody White — got ugly a long time ago.  Rouzer, a former state senator, helped draw this Republican-leaning district that includes his home county.  THAT home-cooking didn’t help him against 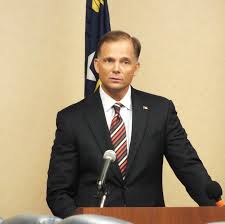 Mike McIntyre in 2012.  Both of these guys have roots in the GOP establishment — Rouzer in DC, while Woody’s ties are closer to Raleigh.  White has been an attorney in private practice in Wilmington.  He was a longtime law partner with former state senate GOP leader and gubernatorial nominee Patrick Ballantine.  White was appointed to fill the remainder of Ballantine’s senate term when he stepped down to run for governor.

Rouzer’s life has centered around Jones Street and Capitol Hill. he lobbied on behalf of pro-amnesty interests — a fact that killed him in 2012 against Mike McIntyre and is hurting him this year.  Eric Cantor and Renee Ellmers have intervened in this race on behalf of Rouzer. Former NCGOP chairman Tom Fetzer is backing White.  White is saying all the right things in the campaign.  From what I know of him — based on 18 years of experience — he will not forget Cantor’s opposition if he slips past Rouzer in May and the Democrat in November.  Rouzer has a Monty-Hall-Let’s-Make-A-Deal track record, while White is a little more of a prickly street fighter.  Many who know him describe him as an acquired taste — a lot like Frank Roche.  But Woody has a secret weapon to combat all that — his wife Tammie, a real sweetheart who makes one hell of a goodwill ambassador.  I have a sneaking feeling that White will do a lot of the right things if he makes it to DC.  That’s why we’re recommending a vote FOR WOODY WHITE.

NC-09:   Chuck Suter, our favorite guerilla cameraman, has done a heck of a job illustrating the hot mess that is Robert Pittenger.  See THIS, THIS and THIS.  A Pittenger aide blasted Ted Cruz’s defund ObamaCare effort in a Facebook post.  (It does not appear the aide was ever disciplined.  He likely did something his boss approved of.)

Accusations of crony capitalism — using his office to benefit himself and buddies — swirled around Pittenger during his time on Jones Street. 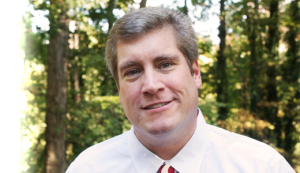 Pittenger used a lot of personal money to campaign in 2012 as a conservative. Yet, he’s sat on his hands as ObamaCare has rolled across The Hill, and voted just how Boss John and Boss Eric have told him to.

District 9 voters — mostly in Charlotte and the surrounding areas — have a choice this year. Tea Party activist and Charlotte area businessman Michael Steinberg is challenging Pittenger in the GOP primary.  Running a feisty, low-budget effort, Steinberg is taking a harder line on ObamaCare and taxes than the incumbent.  Giving Pittenger a real scare in this race — or even knocking him off — would produce seriously frightening tremors that would be felt all the way to Capitol Hill.  Since there is no general election, May 6 is the only opportunity voters in this district have to send ObamaCare Bob a message.  Take a good hard look at Mike Steinberg and seriously consider VOTING FOR HIM.

We’re scratching the surface here.  Chew on these.  Remember this info when you go to vote.  Share it with your friends who live in these districts.  Share it with complete strangers. More to come …

7 thoughts on “Our recommendations for US House”