As the election season gears up, the phony statistics and the excrement are really going to be flying.  We decided to head some of that off by injecting some interesting, hard data into the discussion.

Federal aid to the state budget.  In 2013, North Carolina took in $15.5 BILLION from the feds.  THAT blew away all of its neighbors. Even far surpassing Virginia, which was at $9.4 BILLION.  Virginia, as you know, is much closer to the nation’s capital and has a ton of federal operations within its borders.

State Debt (2012):  North Carolina blew away all of its neighbors with a whopping $107.6 BILLION in debt.  South Carolina had the second highest at $71.1 billion.

Taxpayer Burden:   Here’s a real kick in the pants —

According to a report released in September 2015 by the nonprofit Truth in Accounting (TIA), North Carolina ranked 23rd worst in the country in “taxpayer burden.” Rather than using per capita state debt, TIA ranks states based on what it calls a “taxpayer burden,” a term that reflects “the amount each taxpayer would have to send to their state’s treasury in order for the state to be debt-free.” On the other hand, states that have sufficient resources to pay their bills are said to have a “taxpayer surplus,” which represents the amount that each taxpayer would receive if the state were to disburse its excess funds.

Based on analysis of North Carolina’s Comprehensive Annual Financial Report from June 30, 2014, and actuarial reports for the state’s retirement plans, TIA concluded that $26.8 billion in promised retirement benefits were unfunded, but none of these liabilities were reported on North Carolina’s balance sheet. With all of the unfunded retirement benefits included in the total debt, the state had a shortfall of $23.3 billion, or a taxpayer burden of $8,400.[…]

TIA Methodology: To figure a state’s taxpayer burden or surplus, TIA looked at a state’s total reported assets minus capital assets and assets restricted by law (buildings, roads, land, etc.) to calculate “available assets,” which were then compared to the amount of money the state owes in bills, including retirement obligations such as pension plans and health care benefits for retirees.

If the difference between available assets and total bills was positive, TIA called this a surplus; if it was negative, this was a burden. This amount was then divided by the number of individual tax returns with a positive tax liability, thus expressing the total state surplus or burden on a per-taxpayer basis. 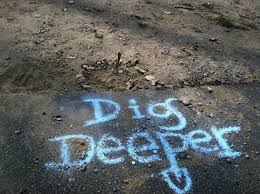 Economic Indicators:  In 2013, North Carolina had the highest percentage, among its neighbors, of residents (19%) living below 100% of the federal poverty level.  Tennessee was second at 18 percent.

For 2013, North Carolina’s Gross State Product (GSP) — total value added from all the state’s industries — was tops among its neighbors.