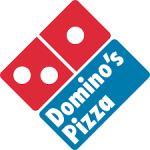 Wow.  You may remember Sean Haugh, a Durham pizza delivery man, for the national sensation he caused during the 2014 US Senate general election. He got on TV to debate with Thom Tillis and Kay Hagan.   He spent $14,130 and earned 109,100 votes (about 3.7 percent of the vote).   That is an interesting total because registered Libertarians only make up 0.4 percent of the total electorate in North Carolina.

Haugh’s campaign was most noted for its YouTube videos.  Here’s the March 2014 YouTube video where he announced his candidacy.

So far, there appear to be three Republicans (Paul Wright, Larry Holmquist and Richard Burr),  and two Democrats (Deborah Ross and Kevin Griffin) who are in line to run for the US Senate in 2016.

For those of you contemplating Haugh as a plausible alternative to Burr, please consider THIS missive from Haugh: