Tonight, at 7 PM, it’s ON like DONKEY KONG.  Tune to NewsChannel 14 or browse to charlotteobserver.com or newsobserver.com to catch all the action in the greatest bit of political theater since that Lincoln guy and that Douglas dude hashed it out.

Seriously — the top four candidates in the GOP primary for US Senate will appear together on stage tonight.  (You never know with Speaker Thom.  He committed to a debate a few weeks ago, and cancelled to go inspect sidewalks.  He’s committed to this one, backed out, then recommitted.) 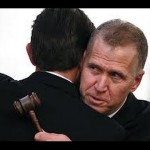 The chattering classes are making this out to be the coup de grace for the hapless wanna-be rivals of Mr. Inevitable.   If this event is like most other televised debates, you’re going to get very white-bread vanilla questions, from a leftist POV (i.e., “We are your children.  How will you take care of us?”) and twenty seconds to respond.  There is not much to gain, but a whole lot to lose.  The goal is not to say, or do anything stupid on-camera.

Polls show more than 30 percent of the primary electorate as undecided.  As usual, the mainstream media has done a lousy job of covering the issues and telling us about who will be on the ballot.  (Whether it is a conscious effort to force these candidates to BUY advertising remains to be seen.)

Tillis has 60 percent name ID — thanks to his job in Raleigh, and the constant fawning of the dwindling mainstream media dictationists — but roughly 20 percent worth of support.  There appears to be a disconnect.  People know of him, but don’t like what they see or hear.  Mr. Big Boy Pants™ needs to (1) make sure the puppet strings and Karl’s head stay out of the camera’s shot, and (2) show that he’s not like the rest of the political bottom-feeders slithering around Raleigh. Tough to do when you are the leader of the bottom-feeders. 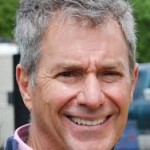 Greg Brannon has been bludgeoned with everything but the kitchen sink, but appears to still be standing and still in great shape.  He’s within a whisker of catching Speaker Thom, and a pretty serious grassroots ground game going.  Brannon, a physician,  would be a great foil to Kay Hagan in a debate on ObamaCare.

He’s got a winning message, but needs to put to rest some doubts raised about him in relation to THE court case and some other negative publicity about previous political activity. Even lefties admit that he is a very smart, very articulate guy who would be a formidable adversary in the world’s greatest deliberative body.  Brannon has to rebuild and reinforce the idea that voters can have confidence in him and won’t be disappointed.

Mark Harris has been gaining some steam lately at the expense of Heather Grant.  Harris may be on to something 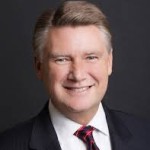 with his spin about being the best, most conservative ”no-baggage” choice in the primary. He has come after Speaker Thom pretty aggressively about some of the negative publicity that has originated on Jones Street.

He is a Southern Baptist pastor with a squeaky clean reputation and character.  Harris needs to show some depth on the issues ( foreign policy, the economy, health care) beyond the social issues that he has championed for so many years.

Heather Grant will — in all likelihood — not be sworn-in on Capitol Hill in January.  She comes off as a very nice 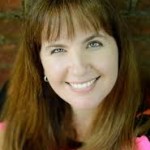 lady with some deep, serious conservative passions.  But we’re down to crunch time in the primary, and her campaign has not reached the benchmarks it should have by this time.  Grant should use this experience toward planning a future run for another office.  She seems like someone who needs to be in a leadership role.  It just looks like it won’t be as a US senator — at least at this time.

This debate, and the two ensuing televised ones, will hopefully help the undecideds — conservative and otherwise– coalesce around an alternative to Tillis.  A runoff will make it tough for Tillis to get to DC.  To call his relationship with GOP conservatives rocky would be an understatement.  A July runoff will have low turnout dominated by hardcore conservatives — many of whom would rather chug hot lava than vote for Mr. BBP™.

While the polls show my dog could beat Kay Hagan in November,  I also think my dog, campaigning on free market economics and against political corruption, could knock out Thom Tillis in a runoff.

One thought on “#NCSEN: The debate pre-game show”