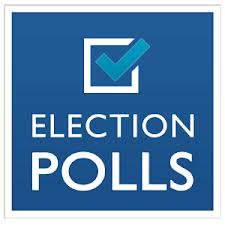 So far, we’ve seen data mostly from PPP, Elon and the newcomer American Insights. The campaign of US Senate Republican hopeful Mark Harris has released the results of some internal polling on the race conducted late last week by an unnamed pollster.  The poll supports earlier statements by Harris consultant Tom Perdue that there is no clear frontrunner in the GOP primary.

The campaign did not release cross-tabs or the text of the poll questions. Here are some of the highlights:

This poll flies in the face of all other recent surveys showing Harris in single digits near the rear of the pack.  Some of the questioning seems to indicate a “push poll” — a highly controversial, but effective campaign tool.  These surveys are more about “pushing” voters in one direction or another regarding certain issues or candidates.

I think it’s interesting that NO ONE between 18 and 21 was polled.  (Most of them have cell phones as their only source of contact — making it harder for them to be reached by pollsters.)

At least one question in the poll would suggest that Team Harris may be trying to go negative on Speaker Thom.  That would be in line with some of the pastor candidate’s comments in his recent interview with us.

Team Harris seems to be celebrating this poll as an indication of how wide open the race is.  I don’t see the evidence for all of this optimism on their part.  If this survey is valid, it shows Tillis performing much better than in other surveys AND much closer to the magic 40 percent mark needed to avoid a runoff altogether.

It sounds like a poll that would make Theam Tillis jump for joy. Why hasn’t Theam Tillis released any polling — much less polling that contradicts what PPP & co. have been showing?