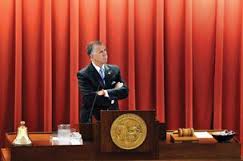 I am sure the latest polling from PPP is causing a lot of establishment heads to get scratched in bewilderment.  State House speaker Thom Tillis is getting all the buzz as the inevitable GOP nominee against incumbent US senator Kay Hagan.  He’s racking up endorsements and financial contributions from elected Republicans in Raleigh and Washington. Karl Rove has helped Tillis rack up a huge campaign war chest.  The Tillis campaign has spent nearly $400K in airing two TV ads.  Yet, the speaker can’t seem to shake the pack of lesser-known, lower-budget candidates in North Carolina’s GOP primary for US Senate. 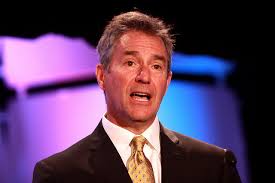 This month, PPP shows Tillis and Brannon deadlocked in the lead with 14 percent apiece.  Heather Grant follows with 11 percent.

Since that February poll, Brannon has gone through a PR nightmare — with his campaign taking a hammering from supporters of opposing campaigns and the mainstream media.  An endorsement from FreedomWorks, a good interview with and kind words from Glenn Beck, and endorsements from Tea Party favorites Rand Paul and Mike Lee have apparently helped mitigate that bad publicity.  Brannon just returned from a visit to the Conservative Political Action Conference in DC, where FreedomWorks and other Tea Party activists hosted a fundraiser for him.

A full 36 percent of poll respondents were undecided.  As far as name ID goes, the poll found most of the field hovering around the 25 to 30 percent range in terms of name ID.  Tillis was the only candidate recognized by half of respondents.  His favorable-unfavorable rating stands at 24%-28%.