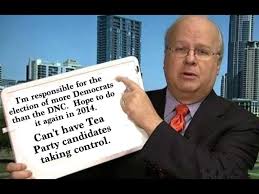 National Review — formerly the Bible for upstart conservatives — is lecturing us here in North Carolina for daring to have an intraparty debate and interfering with the establishment’s plans to hand-pick a GOP opponent for Kay Hagan.  “Electability,” we’re told, is what we need to be looking at.  Tillis — we are told — is electable.  Brannon — we are told — is NOT.

*Never mind that Brannon has regularly polled ahead of Hagan in a general election matchup, and is currently tied with Tillis in the latest primary polls.*

Every six years, between 1972 and 2002, we were lectured to about how Jesse Helms was unelectable or couldn’t possibly win reelection.  In the end, not even the capo di tutti of the North Carolina Democrat mob, Jim Hunt, could take him out.  Helms ended up retiring — on his own.

Of course, the names of losing Republican Senate candidates Christine O’Donnell, Sharron Angle, and Todd Akin are tossed in as reminders of what we could be in for if we fail to follow the advice of Rove, National Review and all of the wise men in DC.

Here is a great piece from 2010 that makes an excellent argument for placing the blame for failing to retake the Senate squarely on Karl Rove and the NRSC:

The National Republican Senatorial Committee spent $3 million in the week before the election on the ill-fated campaign of Carly Fiorina, despite polling that showed her trailing by 9 points to the tiny Marxist Barbara Boxer (Fiorina ended up losing by… 9.8%).

In the mean time, Ken Buck lost by a tiny margin in Colorado; Nevada’s Sharron Angle lost by a similar narrow vote total, Dino Rossi was edged by Patty Murray in Washington, 27,000 votes swung the election against Christine O’Donnell in Delaware and and Joe Miller is hanging by a thread in Alaska.

In other words, the NRSC’s idiocy — combined with outrageous remarks by Karl Rove on national television — likely doomed four or five true conservative candidates to extinction.

Oh, but that $8 million spent on Fiorina’s campaign didn’t hurt at all — right, boys?

I know one thing: that $3 million spent in the final weeks on those five campaigns could have swung four or five seats to the GOP. But the idiots at the NRSC are selfish, insular Beltway Republicans who are wedded to the status quo.

National Review was founded in 1955 by the legendary William F. Buckley.  Its founding mission was to “stand athwart history and yell ‘stop’.”   At the time, a battle between left-of-center Rockefeller Republicans and New Right disciples of Ohio Senator Robert Taft and Arizona’s Barry Goldwater was heating up.

In 1960, Buckley was a ringleader in the founding of Young Americans for Freedom — a conservative student group meant to provide a viable alternative to the establishment bootlicking of The College Republicans.

In 1965, Buckley threw his hat into the ring for mayor of New York City.  He ran as the candidate of the Conservative Party against Democrat Abe Beame and Republican John Lindsey (ADA rating of 85 as a sitting congressman).  Buckley saw his run as a protest against the GOP’s leftward drift.  (Sound familiar, anyone?)

In 1970, Buckley’s brother Jim ran for the US Senate as a candidate of The Conservative Party, challenging the reelection of  Nelson Rockefeller-appointed US senator Charles Goodell (R). Goodell drifted leftward — aiding the Democrats and attacking the Vietnam War.  Buckley pulled off the upset and got a full term in the US Senate.

I “discovered” The National Review in 1987 during my freshman year in college.  At that time, the magazine was at war with Connecticut US senator Lowell Weicker (R), who regularly teamed with Ted Kennedy to frustrate his GOP colleagues and President Reagan.  Buckley argued that a classy, somewhat-moderate Democrat (named Joe Lieberman) was better for his then-home state of Connecticut than an obnoxious, overbearing tax-and-spend Republican in Name Only.  He founded a PAC to oppose the reelection of Weicker, and National Review, editorially, started savaging Weicker.  Lieberman, as you all know, won that race, and went on to serve through 2012.

It looks like it’s now up to The Tea Party to carry on National Review’s founding mission: “to stand athwart history and yell ‘Stop.”’   The boys and girls at National Review need to remember their history — remember where they came from.