For someone who is allegedly so extreme and unelectable, the US Senate campaign of Cary physician Greg Brannon sure is drawing an inordinate amount of attention from the leftists and their fellow travelers in the mainstream media.   Binky over at WRAL based a Brannon hit piece on some half-assed agenda-laden reporting by Mother Jones.  Now, it appears John Drescher’s pet shih-tzu is taking his cues from  the leftist web-based tabloid Buzzfeed.

‘GOP Senate Candidate Went On Bizarre Rant About U.N. Scam To “Control Life”‘  screamed the headline from Buzzfeed. The article included a snippet of an interview Brannon did with Bill Lumaye at WPTF.  After listening to that snippet of audio, its clear the article was a vicious hit piece that took Brannon out of context:

“They’re are using that to control you, to control me, to control life. That’s why Obamacare, Agenda 21, NDAA. All these things are the collective over the individual,” Dr. Greg Brannon, a Republican candidate for Senate in North Carolina who has led in some polls, said on a local radio program in 2012. He was talking about fears of vaccines. “The spirit of 1776 must rebirthed because we are living the Orwellian 1984,” he went on to say. 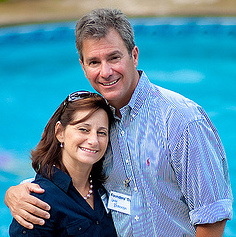 The shih-tzu took that bone and ran with it — suggesting that Brannon went off on a “nutty anti-vaccine rant.”  (It’s pretty clear that the shih-tzu has a hard time turning what he witnesses into an accurate piece of news copy.  ADD?  ADHD, perhaps?  Remember the moving, spiritual speech Brannon gave to a Wake County crisis pregnancy center’s dinner in November?  The shih-tzu witnessed the whole thing and then turned out a story suggesting Brannon thought slavery was kinda cool. )

The shih-tzu IDs Buzzfeed as a Washington Post blog.  It’s not.  And he ought to know better.

I heard the audio that accompanied the Buzzfeed post.  Brannon briefly talked about problems he, himself, had experienced right about the time he got a flu shot.  Most of the audio focused on typical Brannon rhetoric about statism’s focus on “the collective over the individual.”

Thank goodness we live in a new media age where we don’t have to rely solely on the filtering of the mainstream media.  YouTube and other social media allow us to listen to audio and view video –unfiltered —  for ourselves.

Rush is right.  You can tell who the left fears the most by looking at who they pound on the hardest.