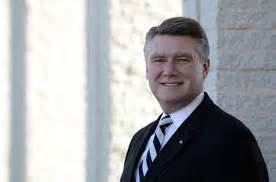 I had the opportunity for an audience with Charlotte pastor — and US Senate candidate — Mark Harris on Saturday.  (I do have to commend him for not running away in terror after I introduced myself.  For some reason, I scare some political candidates.)

A bridge.  Harris describes himself as a ‘bridge candidate’ who can successfully bring together the business community, social conservatives, and the Tea Party to knock off Kay Hagan in November. He compares his experience — i.e., budget compilation and management, HR issues, customer service — managing a large congregation in Charlotte, and the Southern Baptist Conference, to running a small business. Harris says his experience has helped him relate to the situations face by small business owners, and has helped him earn a lot of support from that community. He says his activism on pro-life issues, and his efforts to win passage of the 2012 marriage amendment to the North Carolina constitution, should make his candidacy palatable to social conservatives. Harris says his limited-government views should make him an attractive choice for Tea Partiers.

No ‘baggage’.  What makes him stand out in the eight-candidate GOP primary field?  Most observers of the race see Harris, Thom Tillis, and Greg Brannon as the three most viable candidates in the GOP field. Harris’ take on the field?:

“I am concerned.  I have seen stories in the news and on the Internet about some troubling things going on in Raleigh like the Board of Governors appointments and those emails. I am concerned that there is a lot of baggage surrounding Thom Tillis and his campaign that can be used by Kay Hagan and the Democrats against him and the Republican Party in the general election.

I am also concerned about something that first came to my attention at a Forsyth County GOP event.  Someone asked what we had all done to help Mitt Romney in 2012. Dr. Brannon said he did not vote for Governor Romney.  How can you go out and ask Republicans to support you as the party’s nominee, when you could not bring yourself to support the Republican nominee in 2012?”

Brannon has explained that he wrote in the name of another Republican when he voted for president in 2012.  He defended his action by saying that he had trouble with Romney’s views on abortion and some of his actions while governor of Massachusetts.  Romney ran for US Senate in 1994 and for MA governor in 2002 as a pro-choicer.  He ran on the pro-life position for president in 2008 and 2012.   Harris said he could understand people having reservations about the past two GOP presidential nominees:

”I didn’t find McCain or Romney to be sufficiently conservative. They weren’t even close to being my top choices for president.  But in 2012, the choice was either Romney or Obama.  If I have to choose between the most radical pro-abortion candidate since Roe v. Wade, or someone who came to the pro-life position in 2007, voting for the guy who came to the pro-life side in 2007 is an easy choice for me.”

Common Core. New educational standards being pushed on the states by the federal government are causing quite a bit of unrest among the grass roots.  Harris has been endorsed by former Arkansas governor — and current Fox News personality –Mike Huckabee, who has spoken favorably about Common Core.  Harris said people should not assume that Huckabee’s endorsement of his campaign means that he agrees with that position held by the former Arkansas governor:

“I believe that, the closer an education and its ensuing decisions are made to home, the more effective that education will be.”

ObamaCare. Harris said he approved of Texas senator Ted Cruz’s efforts to defund ObamaCare.  He said he believes ObamaCare needs to be ‘repealed and replaced.’ Harris said he has seen some details about senator Richard Burr’s alternative, but is not completely sold on it — seeing some plusses and some minuses:

‘I’d like to see some more universal tax credits that don’t look so much like the health exchanges.  I’d like to see an expansion on the use of health savings accounts. I would also like for people to be allowed to buy health insurance across state lines. ”

Immigration Reform and Amnesty.  This issue is politically killing congresswoman Renee Ellmers.  We posted earlier about a 2011 news story on the Southern Baptist Convention’s take on immigration reform.  In that article, Harris appeared to be giving his blessing to a “pathway to legal status.”

I asked Harris about that interview. He said Fox News approached him after church one Sunday, and asked him what happened at the SBC meeting. Harris said he was merely passing along the details of the meeting.  He stopped short of saying he disagreed with the SBC.  Harris says he is not for “amnesty, and  stresses the importance of “bringing people out of the shadows” and addressing “the labor problem” in this country:

The pastor says he is wholeheartedly against the so-called “Gang of Eight” proposal that made it through the Senate.

Robin Hayes.  There has been a lot of suspicion in Tea Party circles about Harris based on his decision to include former congressman and NCGOP chairman Robin Hayes in his campaign’s inner circle. As NCGOP chairman, Hayes regularly knocked heads with grass roots activists.  As congressman, he served on the national board for The Ripon Society — a group aimed at taking the GOP back from social conservatives and Tea Partiers.  It was founded in the late 50s and early 60s by Nelson Rockefeller supporters to counter the rise of the New Right and its leaders like Barry Goldwater and Ronald Reagan.

Harris said he was not aware of The Ripon Society.  He says he was mostly impressed with Hayes’ work on social issues — like abstinence based sex education in schools — while he served in the North Carolina House.

Polling.  Harris was quite dismissive of polling from Public Policy Polling that has regularly showed him in the rear of the primary pack.  (His campaign is expecting results of some internal polling this coming week.)  The pastor singled out one questionable finding that really sticks in his craw — the February 2014 poll on the Senate race that showed him getting ZERO support in area code 704, which is his home region.

The mainstream media and the political establishment have worked hard to try and sell Thom Tillis as the inevitable GOP nominee.  Harris says he believes the GOP race is far from decided — noting how the Tillis camp has not released ANY internal polling making its case as the frontrunner.