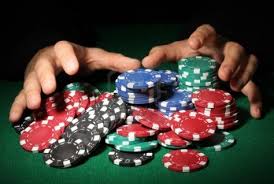 Lots of folks are trying to compare this year’s US Senate race with Kentucky’s 2010 contest.  But political old-timers like myself can see some similarities to North Carolina’s 1984 contest between Jim Hunt and Jesse Helms.  The New York Committee for Jim Hunt, anyone?

Kay Hagan’s reelection effort has drawn a lot of national interest.  It’s seen as a race where a party change is possible — thereby helping to facilitate a GOP takeover of the US Senate.  Tea Party-aligned ideologically-based groups have already started running ads against Hagan.  But special interests — ranging from Hollywood, to insurance and big pharmaceuticals, to abortion providers, to trial lawyers, and even labor unions — are already ponying up big  big dollars and hedging their bets on the incumbent Democrat Kay Hagan and Republican speaker of the NC state House Thom Tillis.

We found a great site that tracks fundraising events for congressional candidates from both parties nationwide.  Its sponsored by The Sunlight Foundation — which promotes transparency in politics and government.  On the linked site, you’ll notice a note that points out that the information contained there is supplied by lobbyists who have been shaken down by various politicians and their campaigns.

The entry for Thom Tillis details ten lobbyist-oriented fundraising events — all in 2013.  Three of the ten were held in Washington, DC.  In July, Tillis was the guest of honor at a DC fundraiser sponsored by The National Association of Wholesalers & Distributors.  That was right about the time his Senate campaign was getting flooded with beer distributor contributions AND craft brewers were lobbying the General Assembly to try and win some more freedom from wholesalers and distributors.  (That lobbying effort by the brewers failed — surprise, surprise.)

There’s also an entry for a controversial June event hosted by a Greenville lender that drew some scrutiny from the mainstream media.  Folks in eastern North Carolina may be interested in the entry for the Tillis fundraiser party co-hosted in November by Henry Hinton — local radio talk show host and fill-in host for NC Spin.   In March, Hinton was appointed by Tillis to the UNC Board of Governors.

The site reveals one August event for Republican candidate Greg Brannon — a birthday party event in Raleigh hosted by the campaign.