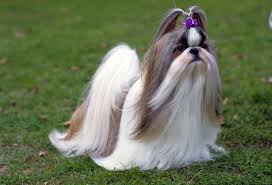 John Frank says we might as well forget this primary thing.  Thom Tillis is leaving everybody in the dust with his “solid lead.”

If you are a supporter of one of the other US Senate GOP candidates, reading The Shih-Tzu’s article might leave you a little down.  Me — I like to look at a poll’s details.

Public Policy Polling’s survey has head-to-head standings that look like this for the GOP field:  Tillis 19%, Brannon 11%, Grant 11%, Harris 8%, Flynn 7%.  There is a margin of error of +/- 4.1% for the GOP primary.  If you add up the vote percentages for the five candidates — That’s 56 percent.  So, undecided and NO opinion are at 44 percent.  Take that 44 percent, and the MOE, and Tillis’ 8 point “lead” is pretty much meaningless.

Roughly 75 percent of respondents were Unsure about Tillis’ four GOP opponents.    A total of 57 percent had the same sentiment about Speaker Thom.  You’re one of state government’s highest ranking officials.  You’ve spent $300,000 on TV ads and you’ve still got 57 percent Not Sure?

The poll makes it clear that the entire GOP field has some work to do on name ID.  But who — outside of Greensboro and Jones Street — really knew anything about state senator Kay Hagan prior to May 2008?

The head-to-heads vs. Hagan for each GOP candidate were interesting.  (There’s a +/- 2.6 percent MOE here.) Each candidate had a 1-2 point lead over Hagan.  Each head-to-head with Hagan showed a 15 to 17 percent UNDECIDED vote — clearly a bad sign for Hagan. Undecideds almost always break to the challenger.

Partisan info for the poll’s respondents was also very interesting.  They were split evenly 47%-47% between Obama and Romney in 2012. (Romney won the state 51-48 in 2012.)  Also, 43 percent of respondents identify themselves as Democrats.  I would think these two factors would have a mighty hinky effect on polling for a GOP primary.

(Also, it appears that 14 percent of the respondents submitted their answers via the Internet ???? I am *sure* that no 9 year olds playing on dad’s iPad participated.)

The shih-tzu and the other media types panting for a Tillis v. Hagan match-up can twist and spin this as hard as they want to. In reality, if this poll has any substantive credibility, here is what it all says:  Tillis has more name ID than the rest of the GOP field. (He also has the highest unfavorable rating in the GOP field.)  But ANY of the five would be very competitive in a general election match-up with Hagan.  It tells me there’s more of a desire out there to evict Kay Hagan from DC than any groundswell for Speaker Thom.

I think things are just starting to get interesting.  Four months and counting …