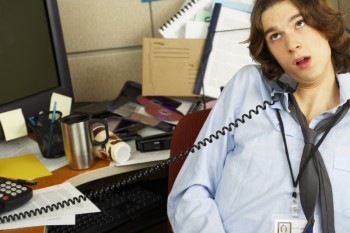 Mainstream media types love to tell us they give both sides of the story.  They love to tell us how fair they are.  But doesn’t passing accurate info on to your readers count for something?

This week, our local Pulitzer-prize winning, lesbian-edited, money-bleeding, grass-fed   twice-weekly local paper managed to publish stories on their web site’s home page simultaneously claiming BOTH a crime rate increase AND a crime rate decrease for Moore County.  There was no attempt to do a little research and help their readers figure out which claim was actually true.

One story — an interview with a local businessman seeking to challenge the county’s incumbent sheriff — claimed a 20 percent increase in crime.  Another story, simultaneously published on the home page, documented a 22 percent DROP in crime for the county.

Puzzled by this discrepancy, I decided to refer to the state Attorney General’s annual crime report in order to referee this.  The sheriff’s candidate was claiming a 20 percent increase in crime for Moore County over a decade.  According to the state Justice Department’s online database,  a total of 3556 crimes — including violent and property — were reported in Moore County in 2002.  In 2012, a total of 2501 crimes — both violent and property — were reported.  If my math is correct, that is about a 30 percent overall drop in reported crimes over the last decade.

So, our local paper tells us we have a crime rate increase AND a decrease.  What’s next, telling us the local high school football team won AND lost the game Friday night? A weather report indicating it will be 90 degrees AND snowing?

One thought on “Crime stats: Taking reporting both sides of the story a little too far”