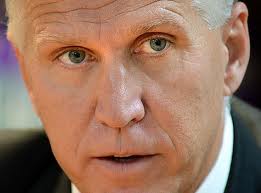 On September 14, state House speaker and US Senate candidate Thom Tillis made news at a GOP picnic in Wilmington:

North Carolina State Representative and Speaker of the House, Thom Tillis spoke at a picnic for Republicans Saturday at Snow’s Cut Park. Tillis is challenging Senator Kay Hagan, a Democrat, as she runs for re-election in the 2014 race.

Tillis weighed in on North Carolina’s film incentive program which is set to expire at the end of next year.

“I believe the film industry is critical to Wilmington, it’s critical in Charlotte, it’s growing in Asheville.  We’ve got to figure out a way to make sure that North Carolina’s competitive.  I think there’s a way to continue to move forward with tax reform but make absolutely certain that North Carolina is the go-to place for the film industry for productions and all the other good jobs that come with it,” said Tillis.

Tillis said he believes lawmakers will vote to extend the program when the legislature heads back for the short session next year.

(As speaker, Thom Tillis has A LOT of say in what makes it to the House floor, and what DOES NOT.)

Keep that date and those comments in mind.  That SAME MONTH, money from film industry figures — coincedentally, I’m sure — began flowing into the Tillis for Senate campaign coffers.

On that same date, George K. Cooney, a resident of Bronxville, New York and CEO of EUE / Screen Gems, made two donations of $2600 each to the Tillis campaign.  Also on that date, Jeffrey Cooney, a Bronxville, New York resident and producer-creative director with EUE / Screen Gems, made two donations to the Tillis campaign worth $2600 each.

On September 25, Mr. Jean-Paul Dame, president of Fire Horse Films, Inc., and a Raleigh resident, donated $2600 to the Tillis campaign.