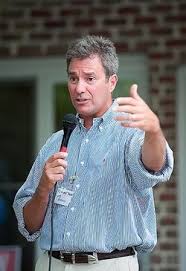 Moore Tea Citizens — one of the largest and most influential grassroots organizations in the state — gave its blessings to the Cary OB-GYN’s effort to unseat incumbent Kay Hagan Monday evening.  MTC president Miriam Chu announced the news to Brannon while he was in town opening his new Southern Pines campaign headquarters.

Formal filing for the office occurs in February.  The primary elections take place in May.